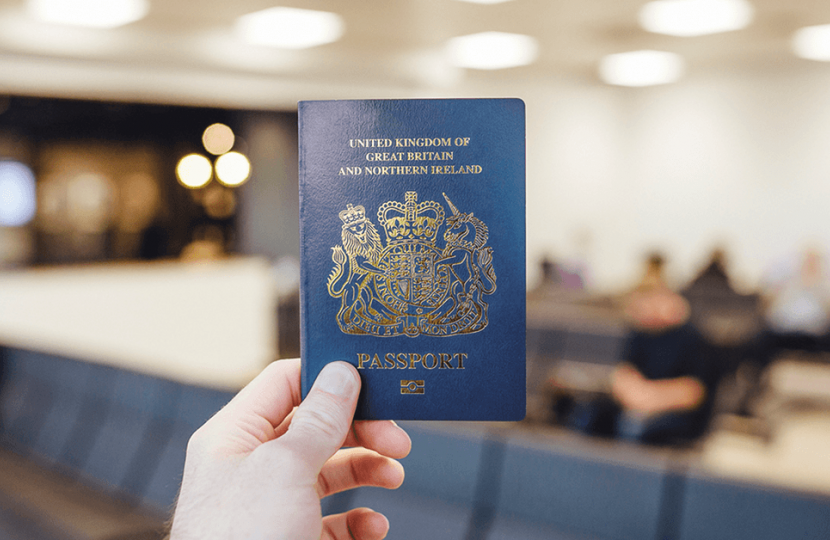 First and foremost, immigration is very important to our economy. The UK has always been an open nation which embraces people from around the world to live and work here and contribute to our society. We have people working in the NHS, in government, in schools, in public services and setting up businesses from all over the world. This is something to celebrate and be proud of.

But in the last 15 years or so, immigration has hugely increased and has subsequently become a main issue in British politics. It was one of the main concerns raised with me on the doorstep at the General Election.

Net migration into the UK currently stands at 330,000 people a year, and is forecasted to grow year-on-year. This simply isn't sustainable and needs to be addressed. We should continue to embrace people who want to live and work here, just as we expect other countries to embrace British citizens who want to move to their country and utilise their skills.

This means the UK cannot properly plan for how much housing it needs, GP surgeries, infrastructure or schools, and that's one of the reasons why I want us to leave the EU. By leaving, we can implement a sensible immigration policy which continues to let people live and work here, but under a proper system which is accountable to the Government and to Parliament, and is not controlled by Brussels.

We should continue to let the best and brightest people live and work here, but it should be under a universal immigation policy which allows us to better control the numbers of people that come here, as well as deciding what skills we want to bring to the country.

Launceston Rugby Club opened its doors to Ukrainian families and their sponsors at an event hosted by local Member of Parliament Scott Mann. The event was a fantastic opportunity for the families to meet each other and discuss the recent challenges they have faced.

As North Cornwall waits to hear the date of the EU Referendum, Scott announces his support for the 'Out' Campaign

May 2016 - The Immigration Bill receives Royal Assent after being voted through by Scott and other MPs. The Act introduces a series of reforms to crack down on illegal migration, also ensuring that the immigration system supports the best interests of the UK and those who play by the rules. More info here.

January 2016 - Scott announces he is backing the EU 'Out' campaign, saying that the EU is not allowing significant renegotiation to address issues such as open-door immigration.

November 2015 - The Prime Minister lays out the four areas he wants to be renegotiated, including stopping all EU migrants claiming in-work benefits for their first four years in the UK.

June 2015- Scott joins the 'Conservative's for Britain' group, which will discuss the criteria by which to judge the Government’s EU renegotiation. The group is willing to consider how to prepare for an “out” campaign if, lamentably, the European Union establishment will not allow the UK a new relationship of trade and co-operation. Conservatives have confidence in the Government¹s capacity to renegotiate our membership of the European Union before the British people take the decision to remain or leave.