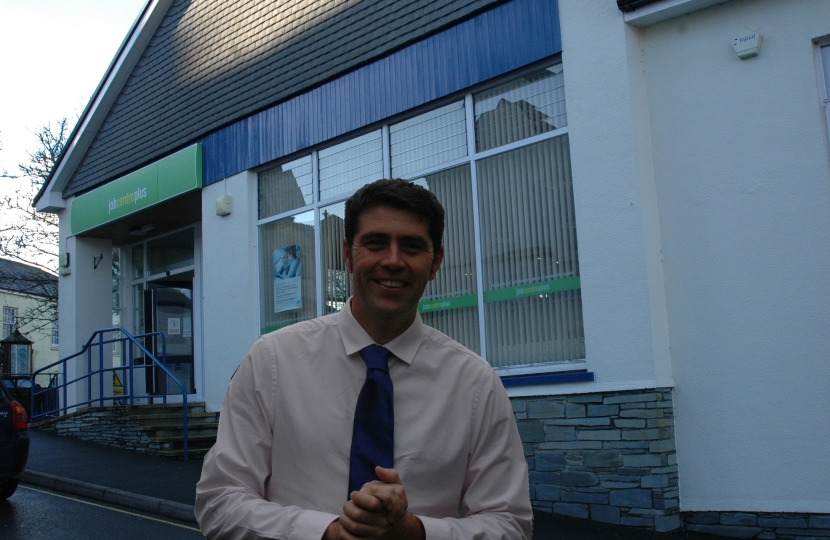 The tax-free Personal Allowance will increase to £10,600 in April, and with over 1.7 million more people in work and having the security of a pay packet at the end of the month, Scott will fight to ensure that no one on work related benefits is better off than those people in work.

More than 30 policy updates, consultations and documents that would traditionally be published at Budget have been released as part of the ‘Tax policies and consultations update (Spring 2021)’ – allowing more space for scrutiny from stakeholders.

MP for North Cornwall, Scott Mann, has welcomed today’s announcement from the Chancellor of abolishing Stamp Duty for first-time buyers to help people in Cornwall purchase their first home.

North Cornwall MP Scott Mann has welcomed the news that the UK unemployment rate has fallen to its lowest level in 12 years, according to figures released today.

Latest figures reveal 31.4m people are now in work in the UK, with 1 million more women in work since 2010

July 2015 - George Osborne announces in his Summer Budget new changes to tax, pay and benefits, including a compulosory 'National Living Wage' for over 25s of £7.20/hr - rising to over £9/hr by 2020, an increased personal allowance of £11,000 - rising to £12,500 by 2020, Tax credits restricted to 2 children for new claimants, corporation tax slashed to 19% to encourage pay rises and new apprentices, abolition of non-dom status, as well as disability allowances not being taxed or means-tested.

Election 2015 - The Conservative Party pledge to pass a law which bans any increase in income tax or national insurance.