How will you benefit under the Conservatives? 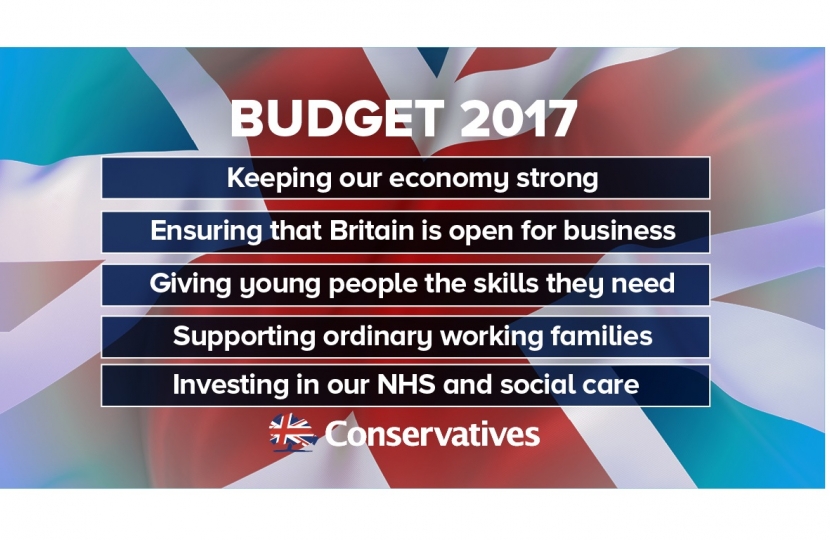 • Class 2 National Insurance will be abolished, which will give a £130 million tax cut to three million self-employed people.

• Fuel Duty frozen for another year.

• A new 'sugar tax' on sugary drinks companies which will put an extra £500 million straight into school sports education.

• £20 million fund for new community-led housing in the South West, funded from the 3% stamp duty levy on second homes - as campaigned for by Scott.

• £500 million to speed up implementation of National Funding Formula for schools, which Scott campaigned for to get fairer funding for rural schools.

• Compulsory maths lessons until 18 will also be considered to make sure children have more skills as they reach adulthood.

• Beer, cider, and spirits duties to be frozen.

• Excise duties on tobacco to rise by 2% above inflation.

• New 'Help to Save' scheme for low-paid workers, worth up to £1,200 over four years in tax-free interest.

• Corporation Tax to fall to 17% by 2020, which will enable companies to pay the increased National Living Wage.

• New rail lines to get green light, including Crossrail 2 in London and the HS3 link between Manchester and Leeds.

• £700m for flood defences schemes, including projects in York, Leeds, Calder Valley, Carlisle and across Cumbria.

- Tax Credits will not be cut

- No cuts to Police budgets

- Additional £3.5 billion for defence and security for next 5 years

- £6 billion real terms increase for NHS up front next April

- £12 billion of savings in Government departments to lower the deficit

- Defence spending will be 2% of National GDP - meeting NATO targets

- Disability benefits will not be taxed or means-tested

- Social Housing rent reduced by 1% a year for next four years.

- New VED bands for new cars from 2017, with all car tax going into a dedicated 'Roads Fund' to mend Britain's roads

- Permamnent non-dom status abolished for those who have lived in the UK for 15 of the past 20 years, meaning they will be taxed on their overseas earnings.

- Bank surcharge of 8% on profits introduced

- National Insurance allowance for small firms increased to £3,000 from 2016

- Corporation Tax lowered to 19% and 18% in 2017 and 2020 respectively, giving companies financial freedom to pay the new National Living Wage