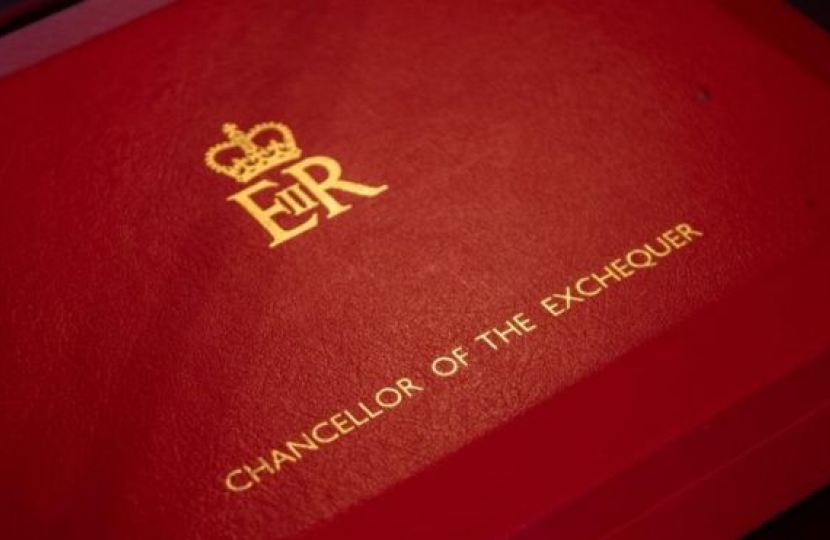 • This Budget delivers on our promise to level up every region and nation of the UK, and invest in communities across the country, generating the prosperity this country needs to invest in its public services.

• We are investing in infrastructure in towns and cities across the West Midlands, investing in its people and in its communities. This ranges from major investment in infrastructure, including £2.7 billion for major strategic road schemes over the next five years, to more funding for flood and coastal defences.

• Last year’s election gave a clear verdict, and now this People’s Government is delivering on the promises made to the British people, so that everyone can have the same chances opportunities in life and that no area is left behind.

• Employment: There are 322,000 more people in employment in the South West since 2010, meaning more families with the security of a regular wage.

• Tax cuts: We are cutting taxes for 2.5 million people in the South West this year, helping people to keep more of their own money – and lifting 104,000 people out of paying Class 1 and Class 4 NICs altogether.

Budget announcements for the South West include:

• Creating a £4.2 billion Local Public Transport Fund for combined authority areas to dramatically improve bus and train services in their areas. We will grant £4.2 billion devolved capital funding to the eight combined authority areas, allowing their elected leaders to invest in dramatically improving local train and bus services. Starting in 2022-23, we will provide a settlement for the West of England from this fund and build on their existing devolved Transforming Cities Fund allocation.

• Developing new strategic road schemes and upgrades in the South West. We will develop new road schemes, including the A303 Stonehenge, A417 Air Balloon and a Severn Resilience package around Bristol. We are also developing major road upgrades, including the A350 M4 Junction 17 in Wiltshire, the A39 Atlantic Highway in Cornwall, A38 Walton Ashcott Bypass in Somerset and the M5 Junction 9 and A46 in Gloucestershire.

• Providing £88 million of additional funding for local road maintenance through the Potholes Fund in 2020-21.

• Providing funding from the Housing Infrastructure Fund to deliver new homes in the region. We will provide £219 million for the M5 J10 improvements scheme in Cheltenham to unlock up to 8,967 homes.

These build on the support we’ve already given the South West:

Other Budget measures for hardworking families in the South West:

• Investing in further education, the arts and sports in schools to ensure everyone gets the best start. We will invest £1.5 billion over five years to refurbish further education colleges. The Budget also provides £29 million a year by 2023-24 to support primary school PE teaching, ensuring children are getting an active start to life and £90 million a year to introduce an Arts Premium to secondary schools in England – averaging out as £25,000 per secondary school for three years.

• Committing to a new £3 billion Skills Fund to ensure people gain the skills they need to get rewarding well-paid jobs. We will consult with people and employers on how to target the fund in the best way.

• Putting more money in peoples’ pockets with an over £200 tax cut for the typical family. We will increase the National Insurance threshold to £9,500 this April, benefiting 31 million people with a typical employee saving over £100 in 2020 – the first step to reaching our ambition to increase the threshold to £12,500.

• Freezing duty rates on beer, spirits, wine and cider helping with the cost of living. This will be only the second time in almost 20 years a government has frozen all these duties.

• Creating an entitlement to Neonatal Leave and Pay to support parents with the stress and anxiety of having a baby in neonatal care. For employees whose babies spend an extended period of time in neonatal care we will provide up to 12 weeks paid leave.

• Setting out an ambitious package to build quality homes this country needs. The Budget announces £9.5 billion for the Affordable Homes Programme helping to prevent homelessness and help people to get on the housing ladder and taking the total funding to £12.2 billion from 2021-22. This will be the largest cash investment in affordable housing in a decade. We will also publish a White Paper on planning in line with our aim to support at least a million more homes

• Creating an additional £1 billion fund to remove unsafe cladding so residents feel safe and secure. Having taken expert advice, we will provide this additional funding for buildings above 18 meters to ensure people feel safe in their homes.