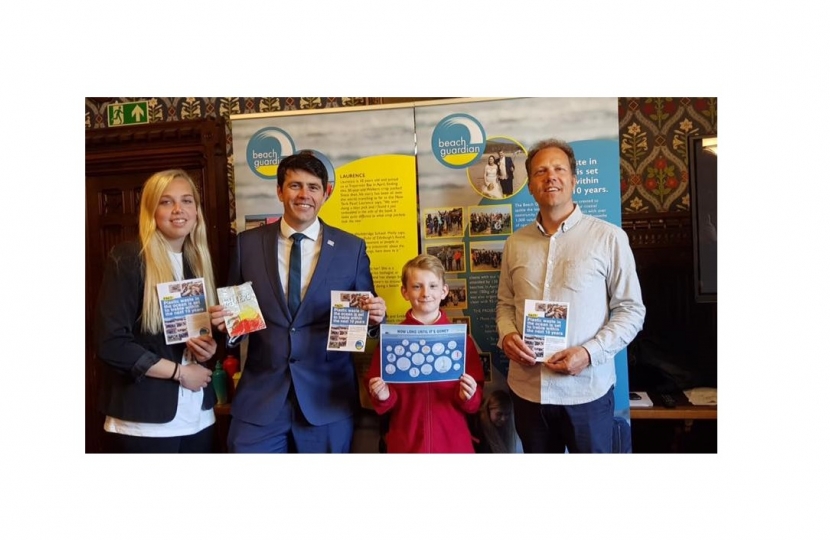 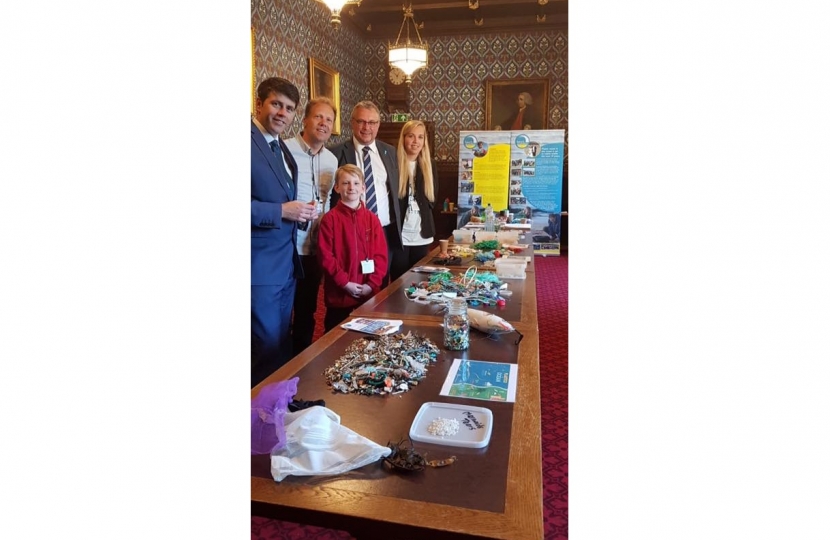 A Cornish campaign group which organises beach cleans and works to tackle plastic pollution has held a Plastics Awareness event today in Parliament.

Rob and Emily Stevenson from the Beach Guardian organisation visited the Houses of Parliament to meet with MPs to promote beach cleans and raise awareness of the effects of plastic on marine and coastal environments. The event was sponsored by Cornish MPs Scott Mann and Steve Double.

“ I would like to thank Scott Mann and Steve Double for hosting our Plastics Awareness event in Parliament.

“It was a great opportunity for Emily and I to engage with MPs from different parties and share some of our ideas about reducing unnecessary plastics. We really appreciate the time that the MPs spent with us and I hope they are able to put our ideas into practice in their constituencies.

“ I’d also like to thank Mother Ivey's Bay Holiday Park for helping us with funding the travel and accommodation for our event, and also St Merryn School for allowing 10-year old Joe to come with us and talk about our "Schools Educational Activities Link" programme that we take into Cornwall's primary schools.”

The Government has outlined a package of measures to tackle plastic pollution and to reduce consumption of single-use plastics. Notably, the Government has introduced ban on microbeads in cosmetic products and has proposed to outlaw the use of plastic straws and cotton buds. Ministers are also looking at introducing a bottle deposit return scheme to increase recycling rates of plastic bottles.

The Houses of Parliament has also announced that it will stop selling plastic bottled water, introduce a 25p “Latte Levy” on disposable cups and substitute plastic drink tumblers, cutlery and straws with environmentally-friendly alternatives.

“I was very pleased to meet Rob and Emily in Parliament today to discuss their work on the Beach Guardian project, which promotes beach cleans and raises awareness of plastic pollution and its adverse effects on the environment.

“Their event in Parliament was a great opportunity to meet MPs and discuss ways of tackling plastic pollution which is causing damage to our marine environment and beaches.”

“It was great to meet Rob and Emily to discuss the work they have been doing with the Beach Guardian initiative, which has done so much both locally in Cornwall and nationally to raise awareness of and fight against the single use plastic menace that troubles our seas and beaches.

“I have previously met Rob in St Austell and it was good to catch up in Parliament both to see how their work has come on since we last met, but also so that other MPs can see what they have done and continue to show that Cornwall leads the way when it comes to looking after our environment and living sustainably.”