Did MPs really vote to dump raw sewage into our rivers? 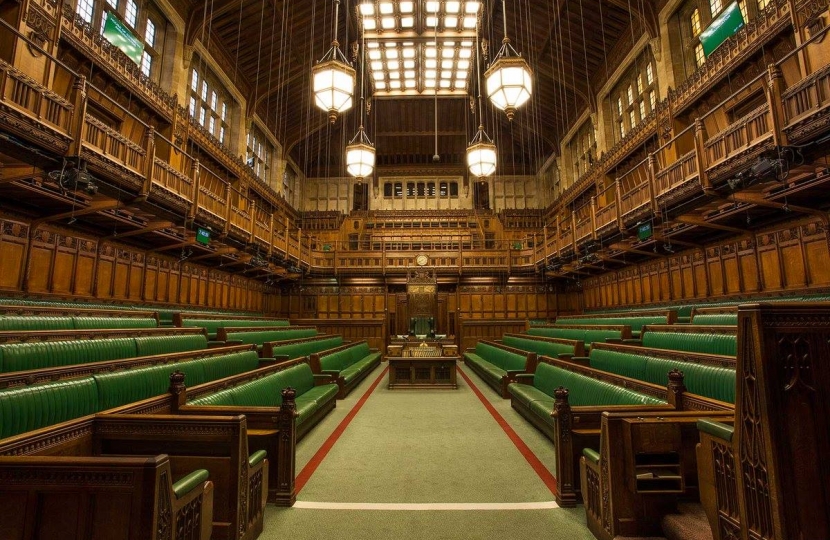 There have been an enormous number of half-truths and misconceptions spread about over the weekend. I want to take this opportunity to outline my efforts to secure changes to this Bill that better protect our oceans and waterways.

Thanks to the efforts of a number of MPs and campaign groups, the Government has moved considerably on the issue of storm overflows – probably more than on any other part of the Bill. Sewerage undertakers will now be required to produce comprehensive statutory Drainage and Sewerage Management Plans setting out how the company will manage and develop its drainage and sewerage system over a minimum 25-year planning horizon and how storm overflows will be addressed through these plans.

I also supported amendments to the Bill that will require the government to produce a statutory plan to reduce discharges from overflows and the harm they cause, and to report regularly to Parliament on progress. I also backed further amendments at Report stage that will place new duties on water companies to require them to report overflows in near real time, and to monitor the water quality upstream and downstream of an overflow and of sewage disposal works. The Government have now also agreed to publish a report before 1st September 2022 explaining the actions needed to eliminate storm overflows including their costs and benefits. This report will provide Parliament, the public and the water industry with up-front, clear, and comprehensive information on the feasibility and cost of elimination. These are good steps in the right direction that will have direct benefits for our local environment in North Cornwall and are the result of the efforts of MPs working with campaign groups like Surfers Against Sewage and others.

The facts are that we have a combined sewer system in this country, meaning rainwater and sewage both flow into it. This means that heavy rain and storms can lead to additional pressure on the system that needs to be released. It is not a coincidence that discharges happen most often during or after a storm (hence the name, storm overflows). If this pressure is not discharged the wastewater – including sewage – will back up into the streets and into people’s homes. This is not hyperbolic; it is a fact.  The age of this Victorian sewerage system means that the complete elimination of storm overflows would be extremely challenging. Unfortunately, they have always been a part of our wastewater infrastructure and until now little action has been taken by any government or party.

One of the recent amendments in the Lords would have required work to be done to eliminate sewage discharges, and I was one of several hundred MPs who voted against it. Initial estimates of the work necessary to achieve this are in the region of £150 billion to £600 billion. To put that in perspective, the smaller figure is more than the entire budget of the NHS. These costs would probably bankrupt water firms and then be passed onto taxpayers or be passed directly on to water bill payers. No sensible legislator could have backed this.

I appreciate some will be frustrated with that vote, but I am especially pleased by the progress we have made because some of what the Government has now promised to do in the Environment Bill was suggested in my bill, the Bathing Waters Bill, that I presented to the House back in 2018. This includes ensuring that overflows are monitored all year round and reported in near real-time. Similarly, many of the recommendations made by my colleague Phillip Dunne in his Sewage (Inland Waters) Bill that aim to protect our inland waterways have been adopted by the Government. I was also proud to back the Storm Overflows Taskforce, which led to water companies committing to invest £3.1 billion in storm overflow improvements between 2020 and 2025 to reduce sewage discharges to our waters.

Politics is about delivering positive change by focusing on what it’s realistically possible to achieve and compromising where necessary. That’s why I think the measures in the Environment Bill are now an acceptable compromise that have the potential to be built on in future, and I am proud to give the amended Bill my wholehearted support. I want to thank the organisations and campaign groups that have worked with MPs throughout this process, and the Government for being receptive to so many policy suggestions. It is important that we use these changes to monitor incidents and the behaviour of water companies, and I am confident that the Government and community groups around the country will be doing so.

Going forward, I think there is more work to be done on household and commercial rainwater recycling. For example, fitting an average size 250-litre water butt to every one of the approximately 25 million dwellings in England would prevent many billions of litres of rainwater flowing into our sewage system, reducing overflows during heavy rain, and providing households with free water to use in gardening or cleaning. These types of measures might seem small, but when scaled up across the entire country they can make a difference. With this in mind, I plan to push for better regulations around rainwater recycling in the upcoming Planning Bill.