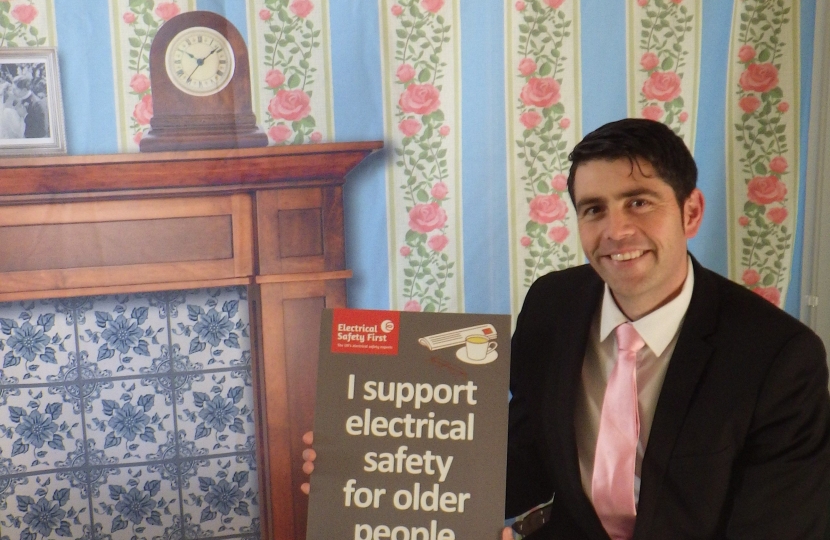 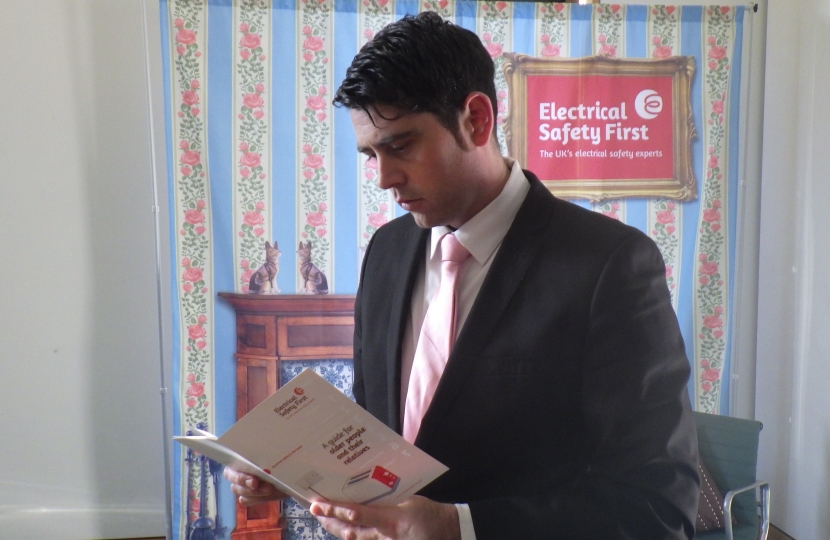 Scott Mann is raising awareness of electrical safetty in North Cornwall ahead of the festive period, as official figures show that people over 65 in the UK are at greater risk from fires in the home than any other age group.

In North Cornwall, there is a significant risk to older people and, with winter fast approaching, it’s increasingly important to improve awareness of electrical fires  - particularly since almost two thirds of fires in British homes are caused by electrical products. That’s why Scott is supporting a campaign by the Charity, Electrical Safety First, to ensure older people can live safely in their own home.

In 2013 -14, almost 40% of deaths from portable heaters were of people aged 80 and over. Yet a survey by the Charity, found more than half of respondents would use portable heaters to keep warm in winter. Elsewhere it’s been estimated that damaged electric blankets are responsible for over 5,000 UK house fires each year.

Electrical Safety First’s campaign aims to raise awareness of electrical risk among older adults and to encourage their friends and family to check in on them and look around for electrical danger. As our lifespan increases, we tend to remain in properties for longer, which often means regular home safety checks are forgotten and electrical installations and appliances tend to be older.

“Many older people worry about winter fuel bills and use portable heaters and electric blankets to keep warm without heating their entire home”, explains Scott.

“Electrical Safety First’s campaign highlights how - by taking just a few moments to ensure electrical sockets, wires and cords are in good condition and sockets aren’t overloaded - can make a real difference to the safety of older relatives and friends”.

The Charity is also calling for a free, five-yearly electrical safety check for all households with one person aged over 75 and statutory, five-yearly checks in all care homes. It has also developed information packs to help keep older people electrically safe this winter, which can be downloaded from http://www.electricalsafetyfirst.org.uk/guides-and-advice/for-older-people/