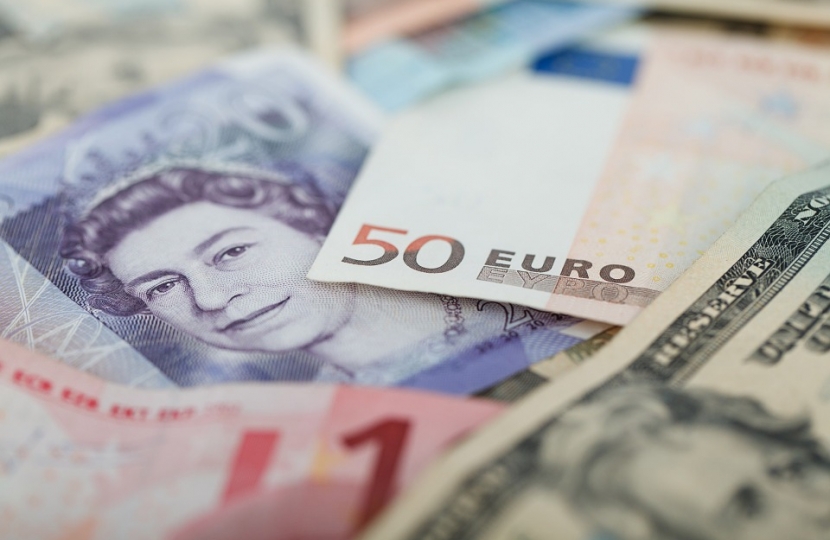 Steve Double (St Austell & Newquay), Scott Mann, and Derek Thomas (St Ives), who will all be voting to Leave the European Union on 23rd June, say that EU funding will continue to flow into Cornwall the day after a Brexit vote and beyond.

With concerns being raised by people in Cornwall that EU funding may disappear upon a Brexit vote, the three MPs claim that the Duchy will still benefit directly from EU development funding and Common Agricultural Policy (CAP) payments during the two year exit process, as well as from central government in future years after membership fee payments cease.

In order for the UK to leave the EU, it must trigger Article 50 of the Lisbon Treaty which states in part:

“The Treaties shall cease to apply to the State in question from the date of entry into force of the withdrawal agreement or, failing that, two years after the notification referred to in paragraph 2, unless the European Council, in agreement with the Member State concerned, unanimously decides to extend this period.”

Steve Double says that funding will continue after a Brexit vote because the UK will be legally bound to the EU and its treaties until the day it officially leaves.

“Cornwall will continue to receive EU money after we vote to leave. As this is a consultative referendum, there is no immediate change in the legal status of the UK's relationship with the EU.

“The flow of development funding and CAP payments will only change once the UK formally exits the EU which will take nearly two years. When that point is reached, the UK will then be able to use the £20 billion we currently send to the EU each year to cover any funding withdrawn by the EU.”

The Office for Budget Responsibility (OBR) predicts that the UK will pay £19.6bn gross in membership fees in 2016, receive a £4.3bn rebate, and £4.2bn in funding, which leaves nett membership at £11.1bn.

Commenting on the ‘In’ campaign, Derek Thomas said:

“I'm concerned with the approach by some to give inaccurate information for political gain. This has the effect of undermining confidence at a time when our economy is growing.

“Of course businesses are concerned about their future should we leave the EU. That is why Scott, Steve and I are determined to fight for the Cornish economy.”

Scott Mann says that leaving the EU would give us £11bn extra per year to spend on priority services, while also giving his backing for farmers.

“All the money that we get in EU funding is essentially from British taxpayers. Over half of our membership fee this year won’t come back to the UK whatsoever. If we used all of our gross contribution to cover 'lost' EU spending, we would have an extra £11bn to spend on priorities such as the NHS and schools which usually disappears into EU coffers.

“Farmers rely heavily on CAP payments, and they can rest assured that we will stand squarely behind them during a Brexit. They won’t be left to fend for themselves.”

There have also been suggestions that Cornwall would get more £200 million more in structural funding if Regional Policy was repatriated to the UK government. This is according to a study in 2012 by the ‘Open Europe’ think-tank.

Cornwall and the Isles of Scilly is currently receiving funding from the EU’s Structural and Investment Growth Programme (2014-2020) which is made up of the European Social Fund (ESF), the European Regional Development Fund (ERDF) and the European Agricultural Fund for Rural Development (EAFRD).

Total funding stands at €603 million (£483 million approx.) which will be delivered as follows according to the Growth Programme’s website:

ESF will deliver the Growth Programme’s priorities to increase labour market participation, promote social inclusion and develop the skills of the potential and existing workforce.