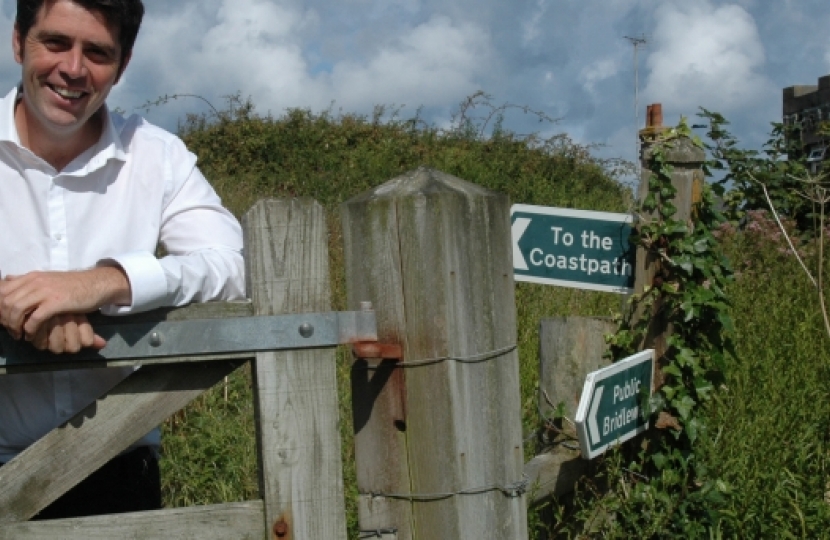 The Government has announced it will boost funding for the South West Coastal Path Association after an initial £1 million grant in 2014.

Under the Coastal Communities Fund which was set up in 2012, Communities Minister Mark Francois has announced that an additional £800,000 will be used to fund projects around the UK.

“This is fantastic news for Cornwall. The Coastal Communities Fund has been a massive boost for the Duchy to improve its coastal footpath which winds around our beautiful coastline and is used by thousands of tourists every year.

“The government has ploughed over £120 million into coastal projects around the UK and its fantastic to be an MP for one of the most beautiful parts of the world which is being helped by the government to make it more accessible for tourists and local people.”

“We’re determined to unlock the enormous potential of our Great British Coast.

“Over the past 3 years we’ve already funded more than 200 projects along the shorefront – from piers and promenades to shop-fronts and sailing centres – to attract tourists, boost jobs and create vibrant local economies.

“Now this extra £800,000 will help put another 8 coastal communities back on the map and kick-start their own exciting regeneration plans.”

Launched in 2012, the Coastal Communities Fund has invested over £120 million on 222 projects, including local infrastructure and economic schemes around the UK. It is creating almost 12,400 jobs and providing more than 6,000 training places and apprenticeships.

As part of the government’s efforts to revive seaside communities, it has also created a £3 million Coastal Revival Fund to help communities restore cherished iconic heritage sites which have suffered years of disrepair.

It also created 118 Coastal Community Teams, to encourage local businesses, councils and voluntary groups to work together to create a long-term strategy for their community.

Details of a future bidding round for the Coastal Communities Fund will be announced later this year.