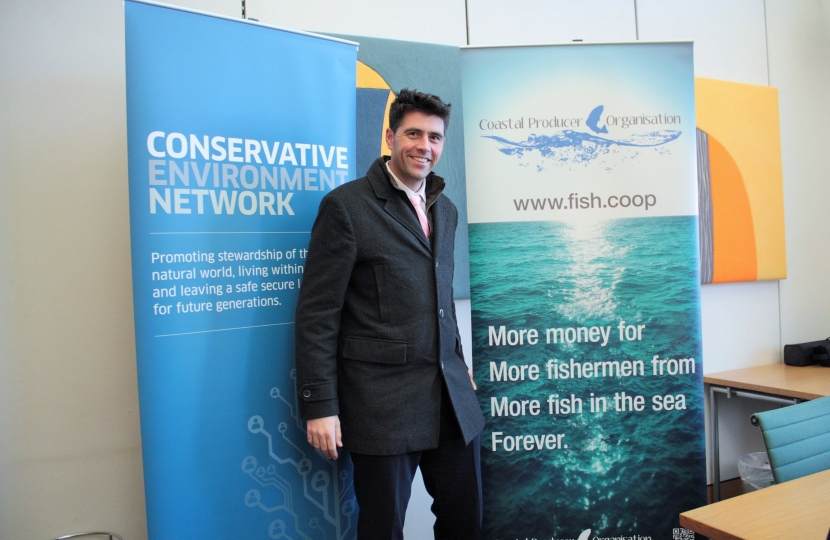 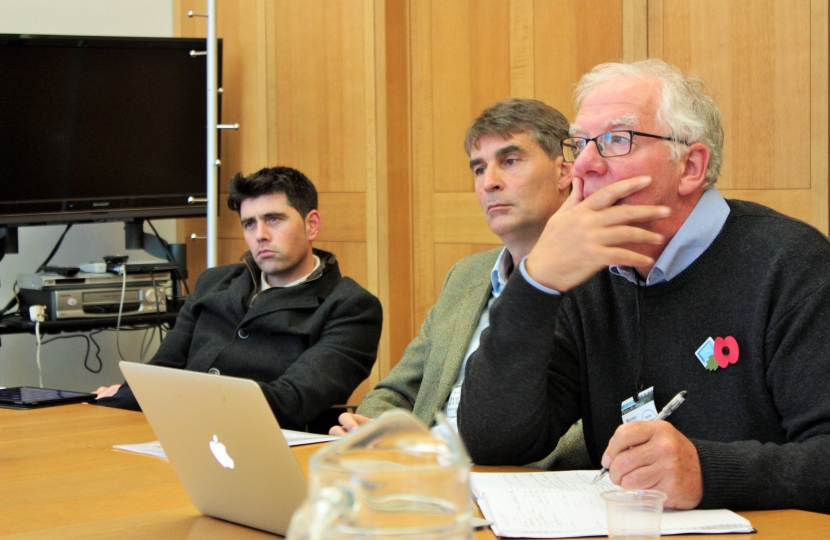 This week Scott Mann joined Conservative colleagues and former fisheries Minister Richard Benyon to hear the latest on ensuring the long term sustainability of commercial fishing as the UK leaves the EU.

The meeting came as the current Minister for Fisheries, George Eustice, suggested that British fishermen would secure hundreds of thousands more tonnes of fish quota after Brexit.

Scott heard from Jim Pettipher and Jerry Percy from the Coastal Producer Organisation (CPO). The CPO is a new cooperative working to secure more quota for small scale fishermen across the UK.

“Small scale fishermen (the “under 10’s”) have been hardest hit by failures in the quota system. They represent 77% of the fleet, but have access to just 4% of the quota. Very few are members of the big Producer Organisations (only 57 of over 3000 vessels), and without this membership, they have no voice.

“That is why we have set up the English Coastal Producer Organisation, to give small scale fishermen a voice at the table and a call on the quota. If you’re a small scale fisherman, I’d encourage you to join, and I’m thrilled by the support we’ve had from MPs.”

“As we head towards leaving the EU, I’m pushing the Government for a strong settlement for the UK fishing industry.

“I recently held a very constructive debate in Parliament on the fishing industry in the South West and I have sought assurances from the Government that it will provide support for fishing fleets and communities when Britain takes back control of its territorial waters.

“The meeting in Parliament this week was very constructive and I’m looking forward to meeting more fisherman in North Cornwall to hear their views.”

Jerry Percy, Chairman of the CPO and founder of NUTFA, said:

“Brexit provides a one off and unique opportunity to right the long standing and unfair wrongs of quota allocation for the under ten fleet.

“By doing so, the Minister can at a stroke, rejuvenate coastal communities, provide a firm foundation for future socio economic growth in these often vulnerable areas and at the same time meet the generous commitment made within the Conservative manifesto to rebalance quota in favour of smaller scale interests.

“We first have to navigate the potentially dangerous period between leaving the EU and benefitting from what will no doubt be arduous and extensive negotiations but I am confident of the continuing robust support of Mr Eustice and his Conservative colleagues in this regard.”

Erin Priddle, from the Environmental Defense Fund (EDF) also addressed the meeting. EDF is an environmental NGO that works to build economic and ecological solutions to fisheries management problems.

“The UK has been at the forefront of reforming the Common Fisheries Policy so that it works better for nature and better for fishermen. EDF believes that flexible, durable quota systems can help create resilience in both small and large scale fisheries through tailored management that is sensitive to the needs of fishermen and the stocks they depend on.

“Given the complexities of Brexit, the uncertainties of the markets, and the historic rights of, and access to UK fisheries, we should prepare now for negotiations that will take some years.

“But as Brexit unfolds over the coming decade, there is an opportunity to get the system right. Fishermen, and others with an interest in the future of UK fisheries, must come together with a unified voice to ensure fisheries is made a priority as Brexit negotiations evolve.”