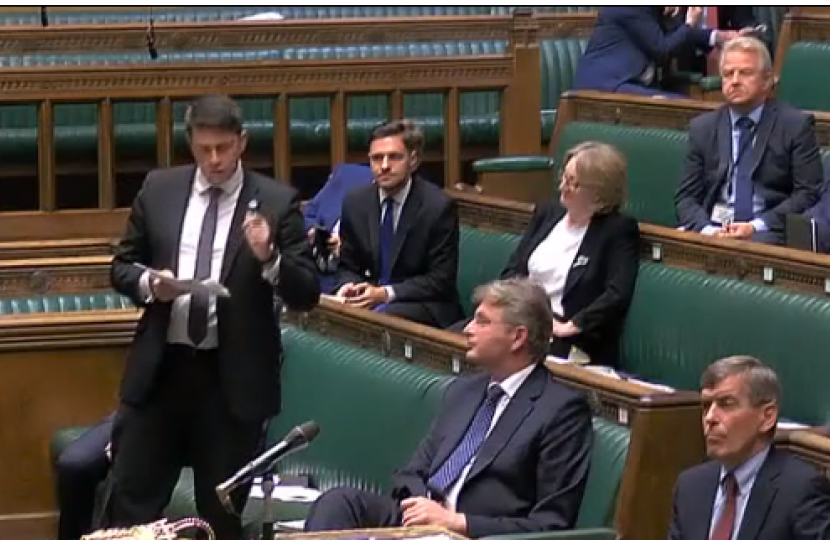 You can read my full speech, or if you prefer, watch the video which is linked here: https://tinyurl.com/y5nln6adv

Meur ras, Madam Deputy Speaker. Thank you for calling me in this important debate.

One of the promises the leave campaign made during the referendum was that European funding would be replaced. I am pleased the Government have pledged to introduce the shared prosperity fund, although I have to say that progress has been rather slow. European funding was designed to tackle inequalities between regions, and the shared prosperity fund should go in with exactly the same aim. I will be lobbying the Government strongly on behalf of my residents in North Cornwall to ensure we get our fair share of this funding. I will also be taking a lot of interest in the consultation, particularly after yesterday’s spending review.

The question of whether the current European funding has been successful can be answered by asking the public in towns such Bodmin in my constituency, who, ​after two decades of regional development funding, are yet to see any tangible benefits to their incomes or small businesses. A recent report highlighted that only one job was created for every £250,000 of ERDF funding. I believe the UK Government can do much better than that.

Many large organisations, companies, professional public relations teams and consultants were able to successfully apply for this level of funding, but many small businesses in North Cornwall, which run their operations on tight budgets and do not have the time or the staff, or sometimes the expertise, to make those complicated and onerous bids, were not successful. As the Government look forward to the shared prosperity fund, we need to make it much easier for those small businesses to bid. The rules on these bids and structural funds were often dictated by Brussels. The shared prosperity fund must be easily accessible, be more streamlined and have a much simpler bidding process so that small businesses in my constituency can benefit.

There are also disparities between urban and rural communities and, although programmes such as LEADER helped, we need to go much further. I know that the Minister was instrumental in the coastal communities fund, which was seen as a really positive fund for communities, including some that I represent, that were feeling left behind by globalisation. In North Cornwall, we have very mixed traditional industry, with many agricultural and fisheries businesses, but we are also keen to explore how 5G and fibreoptic technology can help people to run their businesses from home in small towns such as Bude in my patch.

People are making choices about where they live and work and, as they make those choices, they are looking at where they want to bring up their children, retire to or move their businesses to. Some of them are coming to places such as Cornwall. We want to be able to respond to the changing market conditions in places such as Cornwall by ensuring we have the business skills and the shared prosperity fund to support these small businesses as they grow. We need to ensure that as businesses are displaced from the cities we can accommodate them in rural places such as North Cornwall.

We faced a bottleneck after we did not leave the European Union in March—a bottleneck with businesses not investing—and we have to clear that bottleneck as quickly as we can. The replacements for the ERDF should be in place to help those businesses to grow and expand as the economy changes.

On one occasion, there were two businesses working alongside each other in North Cornwall. One was able to double its footprint due to a generous EU grant, but that placed the other business, which was working on the other side of the road, a family-owned business, into some difficulty. We have to be aware of some of the ​regional and local difficulties when implementing these funds and of how they can change the economies of the towns we work in.

To sum up, while North Cornwall will continue to ask for its fair share of this funding, we also want to work with our local authority partners to ensure that we develop their programmes and their economic plans. During the upcoming consultation, I am hoping to be here and to speak up on behalf of the residents of North Cornwall to ensure that they get their fair share.