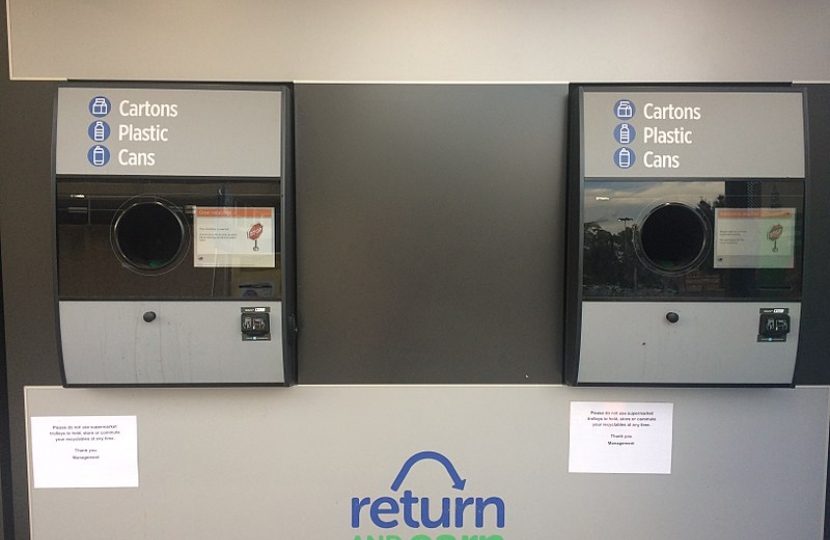 Member of Parliament for North Cornwall, Scott Mann, has welcomed the announcement that a deposit return scheme for plastic bottles will be introduced later this year.

In a statement published today by the Department for Environment, Food and Rural Affairs (DEFRA), it was confirmed that a scheme for single-use plastic and metal containers will be developed this year in England, subject to consultation.

It comes after mounting pressure from MPs and campaign groups – including Surfers Against Sewage and Sky - who have been calling for more action to tackle plastic waste which pollutes the marine environment and harms wildlife.

“We can be in no doubt that plastic is wreaking havoc on our marine environment – killing dolphins, choking turtles and degrading our most precious habitats. It is absolutely vital we act now to tackle this threat and curb the millions of plastic bottles a day that go unrecycled.

“We have already banned harmful microbeads and cut plastic bag use, and now we want to take action on plastic bottles to help clean up our oceans.”

Similar schemes already operate in countries such as Denmark, Sweden and Germany - the latter of which now achieves a 97% recycle rate - where consumers pay an up-front deposit when they buy a drink which is redeemed on return of the empty drink container. Such schemes can also deliver a boost to local shops because they can attract return custom, where customers could be given vouchers as well as cash to be spent in-store.

“I’m very pleased that the Environment Secretary has given deposit return schemes the green light. There is currently a big shift in attitudes towards plastic and the development of a scheme like this couldn’t come at a better time.

“The UK is recycling more and becoming conscious about the effects of plastic waste, but there is more to do and I think deposit return schemes could be a huge step in protecting the environment.

“Here in the South West we all too often see the impact of plastic pollution on our beaches and in our seas, and I want to commend the hard work of campaign groups throughout the region who have been working to clean up their local areas and raise public awareness about plastic waste, including Bude Cleaner Seas and Surfers Against Sewage.”