'I will vote to trigger Article 50', says Scott Mann 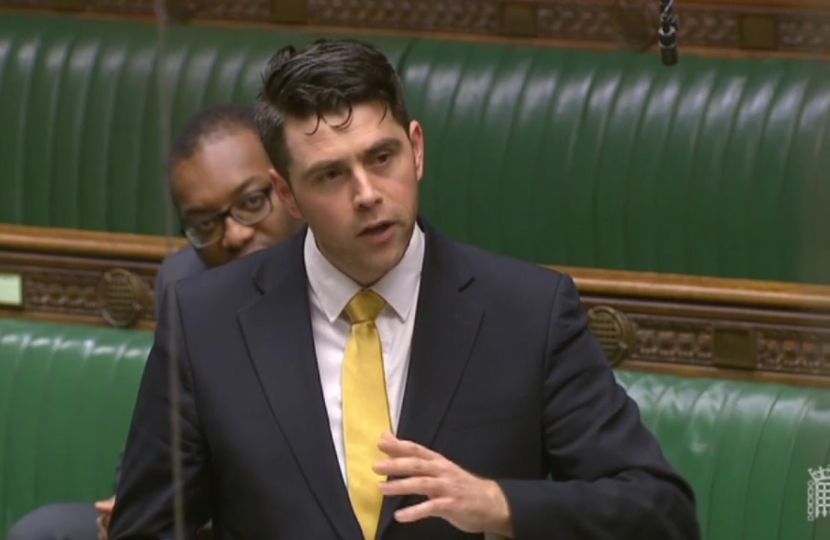 North Cornwall's MP, Scott Mann, has stated he will vote in favour of legislation to give the Prime Minister the power to trigger Article 50 to leave the European Union.

Speaking during the Second Reading of the EU Withdrawal Bill, Scott said he would honour the will of the people in North Cornwall and the UK.

Speaking in the House of Commons, Scott Mann said:

"We have seen the effects of globalisation and EU integration in Cornwall over the past four decades, including coastal communities being left behind while cities increased in wealth and growth. There has been no trickle-down to our rural communities, and it is little wonder that they felt disconnected, under-represented and powerless as decisions taken inside the EU affected their day-to-day lives.

"Whether because of restrictive Brussels farming policy, foreign trawlers in our territorial waters or immigration levels, people in North Cornwall and the UK have said that they want to be in charge of their own destiny. The erosion of our sovereignty has stopped us dealing with those and other issues, but that will be no more.

"I know that people across this great nation voted on 23 June for many different reasons, but we in Cornwall have seen with our own eyes the destruction of the fishing industry by the common fisheries policy.

"Leaving the EU will be seen as a success in that area if the common fisheries policy and common agricultural policy are replaced by British versions that work much more effectively for the people involved.

"The people of Britain have spoken, and the people of North Cornwall have spoken. I stood at the general election to oppose EU membership unless significant reforms were negotiated. That did not happen, and my constituency voted to leave the European Union.

"That is why I will walk through the Lobby this evening to vote in support of a Bill to trigger article 50, to ensure that the democratic process that started with the referendum is completed in full."