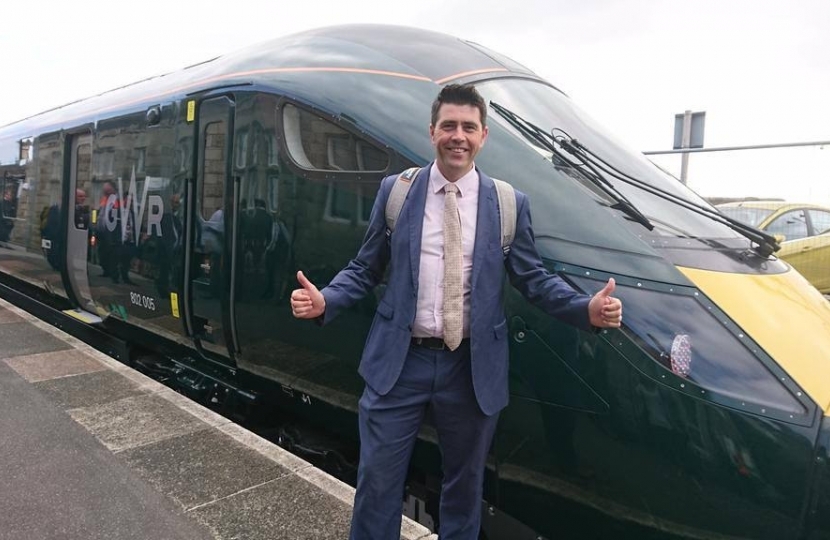 Speaking on a visit to the Fleetwood and Poulton-le-Fylde line (28 January 2020), where the Prime Minister announced the policy in November 2019, Transport Secretary Grant Shapps launched the new investment that will drive forward the reversal of the controversial Beeching cuts. The Fleetwood line was closed in 1970.

The cuts, which were initially proposed by British Rail chief Dr Richard Beeching in 1963, ended passenger services on around a third of the rail network, closing more than 2,300 stations and up to 5,000 miles of track across the UK.

"Many communities still live with the scars that came from the closure of their local railway more than 5 decades ago. Today sees work begin to undo the damage of the Beeching cuts by restoring local railways and stations to their former glory.

"Investing in transport links is essential to levelling up access to opportunities across the country, ensuring our regions are better connected, local economies flourish and more than half a century of isolation is undone."

Recognising that not all growing towns can re-open previously existing stations, and that some areas may never have been served by rail, the government is also announcing a fresh round of the New Stations Fund.

Two previous rounds of the scheme have already helped develop 10 brand new stations across England and Wales. The new round will be allocated £20 million.

The Transport Secretary has invited MPs, local authorities and community groups across England to come forward with proposals on how they could use funding to reinstate axed local services. £300,000 has been committed to an ‘Ideas Fund’ to kickstart the process to encourage innovative ideas that will then be considered for further funding in the future.

The £500 million fund will help develop these proposals, and accelerate the delivery of schemes that are already being considered for restoration, making possible the rapid reopening of certain stations and lines.

The thousands of miles of railway that were axed under the Beeching cuts are in various states of repair. Some still maintain freight services, some sit unused and overgrown whilst others have been built over or converted to cycle routes or pathways.

The government will also consult Network Rail and train operators which will be instrumental in delivering the benefits to communities.

This is an exciting moment as we look to revitalise our railways, reconnect communities and reinvigorate our country.Local MPs, councillors and community leaders are the greatest champions of their local lines, and we want to work closely together to ensure the projects with the greatest potential have the support they need.There will also be opportunities for towns who have lost stations to receive a boost, as we launch another round of our New Stations Fund.

“Within my North Cornwall constituency there are groups in Bodmin, Launceston and Bude who working hard to restore our rail links locally, and with the rest of the country and I will continue to give them my support.

“The £500m fund presents the first step in reversing the Beeching cuts and I will be looking forward to seeing proposals for applications to the fund from our community.

“I believe that North Cornwall should consider starting with proposals for a shuttle service from Bodmin General to Parkway, and I’ll also be happy to support bids from Okehampton to ensure people in Bude and Launceston can eventually see their aspiration to be reconnected to the national rail network realised.

“The Conservative government is serious about restoring transport links and ensuring that rural regions of the country benefit from a levelling up of our economy and receive our fair share of funding.”