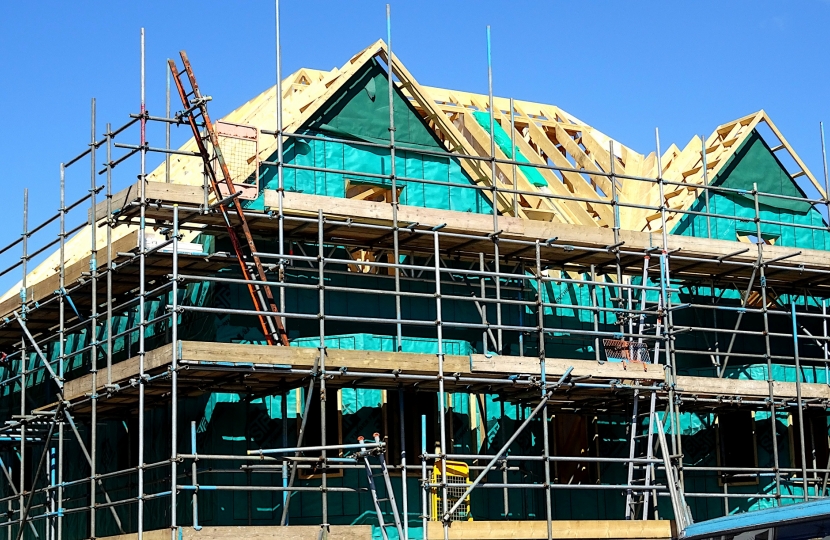 Boris Johnson has announced the most radical reforms to our planning system since the Second World War, making it easier to build better homes where people want to live.

New regulations will give greater freedom for buildings and land in our town centres to change use without planning permission and create new homes from the regeneration of vacant and redundant buildings.

Under the new rules, existing commercial properties, including newly vacant shops, can be converted into residential housing more easily, in a move to kick start the construction industry and speed up rebuilding. The changes include:

A wider range of commercial buildings will be allowed to change to residential use without the need for a planning application.

Property owners will be able to build additional space above their properties via a fast track approval process, subject to neighbour consultation.

The Prime Minister also announced that work will begin to look at how land owned by the government can be managed more effectively.

Ahead of the Spending Review, a new, ambitious cross-government strategy will look at how public sector land can be managed and released so it can be put to better use. This would include home building, improving the environment, contributing to net zero goals and injecting growth opportunities into communities across the country.

Funds from the £400m Brownfield Land Fund have today been allocated to the West Midlands, Greater Manchester, West Yorkshire, Liverpool City Region, Sheffield City Region, and North of Tyne and Tees Valley to support around 24,000 homes.

Also announced today, the government will launch a planning Policy Paper in July setting out our plan for comprehensive reform of England’s seven-decade old planning system, to introduce a new approach that works better for our modern economy and society.