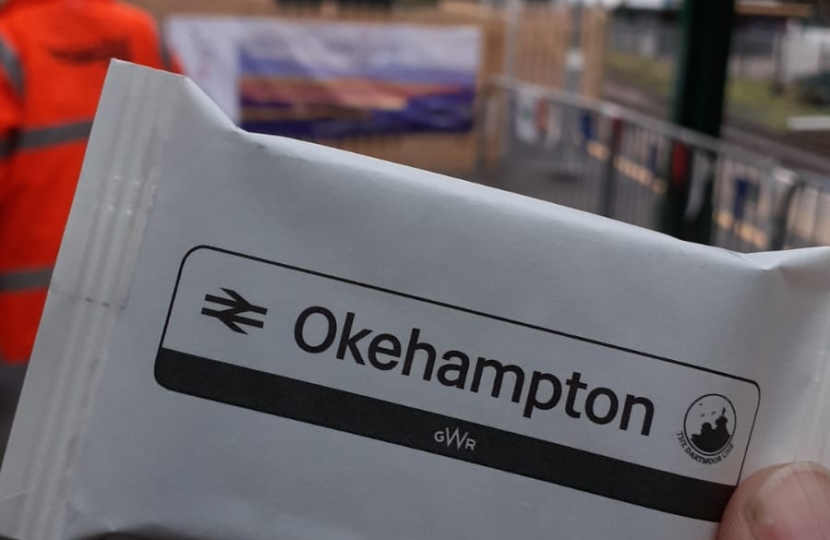 Saturday, November 20, marked the long-awaited return of regular train services on the Dartmoor Line between Exeter and Okehampton.

It made its return for the first time in almost half a century, with a number of Post area groups going along to witness this momentous occasion including representatives from Launceston Railway Circle and Connect Bude.

The first regular passenger service to Okehampton since 1972 departed at 6.32 am from Exeter St Davids, on Saturday, arriving in Okehampton at 7.10 am. Two-hourly seven-days-a-week services will be operated by Great Western Railway (GWR) with journey times between Okehampton and Exeter, including stopping at Crediton, taking approximately 40 minutes. Also attending the special event was North Cornwall Conservative MP Scott Mann who has been campaigning for the lines return since he took office in 2015.

“I really enjoyed meeting with representatives from Connect Bude and Launceston Railway Circle this weekend, celebrating the official opening of Okehampton services onto the mainline. This is a project I have been heavily involved in for years and backed since I was first elected in 2015. Fantastic work by everyone involved in connecting thousands of people across our region.”