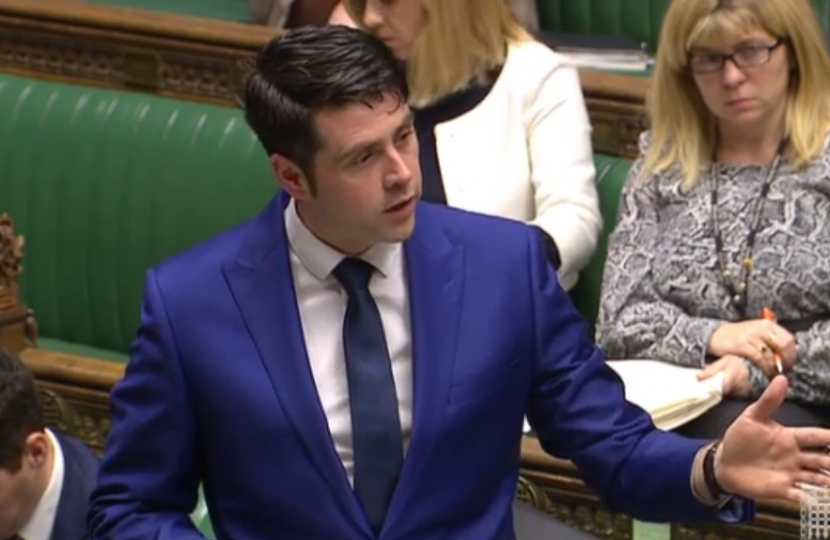 Scott Mann has successfully been appointed as a member of the House of Commons Environmental Audit Committee after nominations took place earlier this week.

The Select Committee, which is made up of MPs from various parties, holds the Government, its ministers and non-departmental public bodies to account on the environmental aspect of their policies and the way in which they work in Whitehall. Unlike most select committees, Environmental Audit works on a cross-departmental basis, which means it holds inquiries into the practice of all departments and their policies.

In the previous Parliament (2005-2010), the Committee conducted inquiries on climate change and environmental fiscal measures (‘green taxation’), as well as sustainable development and environmental protection.

Since the 2015 General Election, it has held inquiries into the future of the natural environment after the EU Referendum, marine protected areas and sustainability of the Treasury and the Department for Transport.

"I'm delighted to have been appointned on to the Environmental Audit Committee.

"I represent a constituency which relies on its environment and natural beauty to support its economy. North Cornwall and the whole of the Duchy have miles and miles of beaches, cliffs and AONBs which have to be protected in order to support local wildlife and attract tourists who marvel at their beauty. It's therefore very fitting that I can sit on this Committee and use my knowledge and experience as a rural MP and a Cornishman to hold the Government to account on its policies.

"The Committee does some very important work in holding the Government to account on how its policies impact the environment, especially now that we will be leaving the European Union which has brought in much legislation on environmental protection. I'm looking forward to getting stuck in and working alongside fellow MPs to hold ministers, civil servants and public bodies to account."