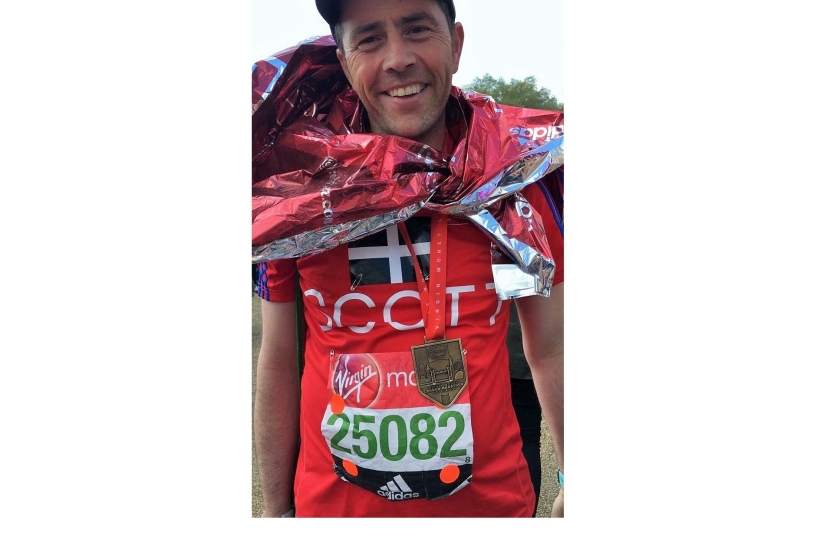 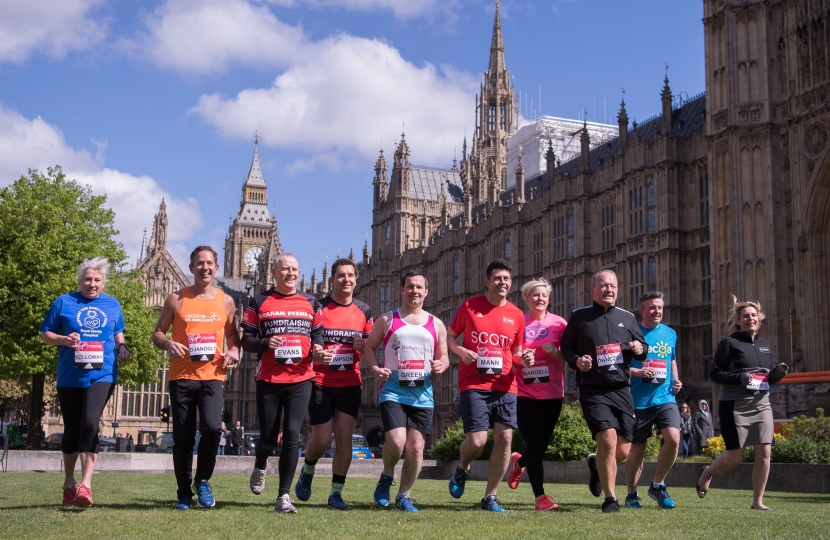 North Cornwall MP, Scott Mann, has described his delight after successfully completing the 26.2 mile London Marathon in under 5 hours to raise money for hospitals in Bodmin, Launceston and Stratton.

“I’m so delighted to have completed the London Marathon on Sunday in aid of North Cornwall’s three community hospitals.

“When I signed up to the marathon last year, I started my training with a sub-five hour target in mind, and I’m so pleased to have crossed the finish line with nine minutes to spare. The crowds were amazing and the atmosphere was fantastic for the tens of thousands of runners raising money for charity. I was also really excited to learn recently that I would be the first Cornish MP to run the marathon which made it extra special.

“This was my first-ever marathon and it is undoubtedly one of the best things I have ever done. I’m so glad that I did it for North Cornwall’s three community hospitals and I’m looking forward to presenting them with their cheques soon.”