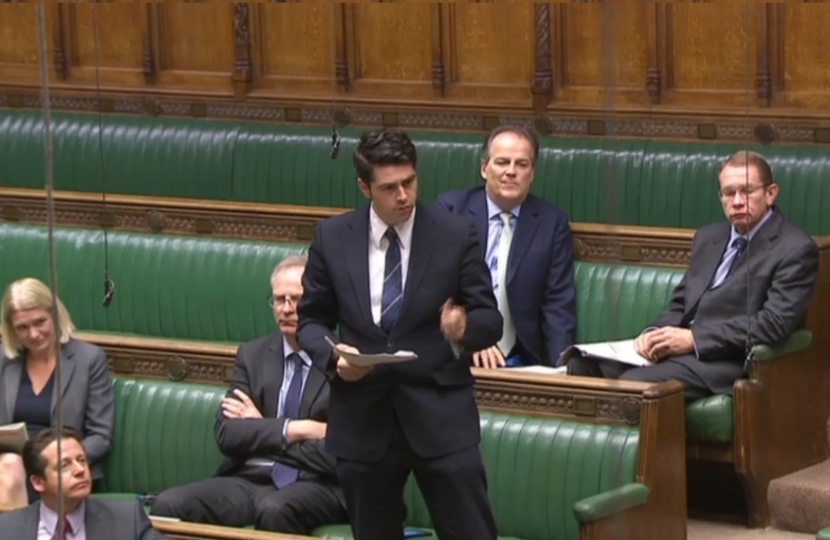 Scott Mann has continued the push for a railway to Okehampton as the Government confirmed an additional £10 million to help strengthen resilience at Dawlish.

The funding comes as Network Rail publish a report which sets out their proposals for strengthening the route, which was significantly damaged by extreme weather in the winter of 2014. The £10m of funding will allow Network Rail to carry out further planning for how to keep the track better protected from extreme weather.

Announcing the news in the House of Commons, Transport Secretary Chris Grayling said:

"It is vital that we do all we can to prepare our transport system for extreme weather.

"Never has the impact of nature been better demonstrated than at Dawlish and it is important that we make our railways strong enough to weather any storm. The further funding we have today announced will help to make sure that this vital link remains open."

Following the announcement in the Commons, Scott welcomed the news and urged the Transport Secretary to consider reinstating the line between Exeter and Plymouth via Okehampton. Chris Grayling said he was happy to discuss the idea.

“This is great news for the South West which shows that the Government isn’t backing down from its commitment to address the weaknesses in our railway infrastructure.

“The Transport Secretary visited Dawlish recently where he said that ‘doing nothing was not an option’, and I’m very pleased to see that a further £10 million has been committed.

“Dawlish resilience is the number one priority in the short term, but I still want to see the reinstatement of the line to Okehampton. It would open up many inland rural communities in North Cornwall and central Devon to transport links and tourism, and it would also act as an additional line in case Dawlish is closed because of storms or engineering works.

“The Peninsula Rail Task Force will soon be publishing its 20 Year Plan Report and I have continued to stress the merits of a line to Okehampton to the PRTF and the Government.”

In Network Rail's report to make Dawlish more resilient, three priority areas have been identified where action is needed to prevent the railway line being blocked by further extreme weather. These are:

"Keeping the South West connected to the rest of the country by rail is vital to the economy of the region.

"We very much welcome the additional £10 million in funds announced today to help us build on the work we’ve already done to prevent this crucial line being blocked in the case of extreme weather."