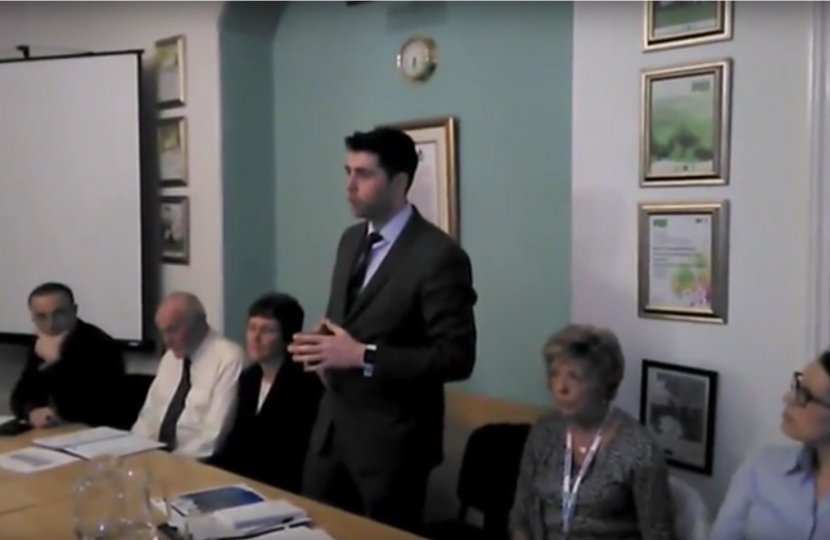 North Cornwall MP Scott Mann is calling for answers after it was recently announced by NHS Kernow that the Bodmin Treatment Centre would close at the end of March.

The Kernow Clinical Commissioning Group (KCCG) have a contract with private firm Ramsay Healthcare Ltd to use the building to provide treatments such as cataract and knee operations, but a statement from the KCCG said that a new contract could not be agreed beyond March 2017. Two short term extended contracts have previously been agreed between the two parties to provide treatments.

Travelling back to Cornwall after hearing the news, Scott Mann held a public meeting on Thursday, 9th March for Bodmin residents, patients and staff from the Treatment Centre to discuss their concerns and hear what steps should be taken next.

Chairing the meeting, Scott said the centre provided a very good level of care and that he could not understand why a facility which offers such a good service with low waiting times would be allowed to close at a time when general hospitals are under pressure. Scott and his office are now in the process of pressing the KCCG for a meeting to get more information regarding why a contract could not be agreed and to discuss the future of the Centre.

“It bemuses me why a facility as good as this can be allowed to close. It takes pressure off of our hospitals and provides a fast and effective level of service to the people of Bodmin, North Cornwall and the wider county.

“The public meeting was well attended with concerned local residents, but I was disappointed that neither the KCCG nor Ramsay Healthcare attended to address our concerns and provide further information.

“In the immediate term it’s vital that all those with treatments are referred to other centres as soon as possible without delay. However I do also want to hear from the KCCG whether they will aim to keep services in Bodmin and whether they will try re-open Bodmin Treatment Centre in the near future so that it can continue to help many people in Cornwall.”