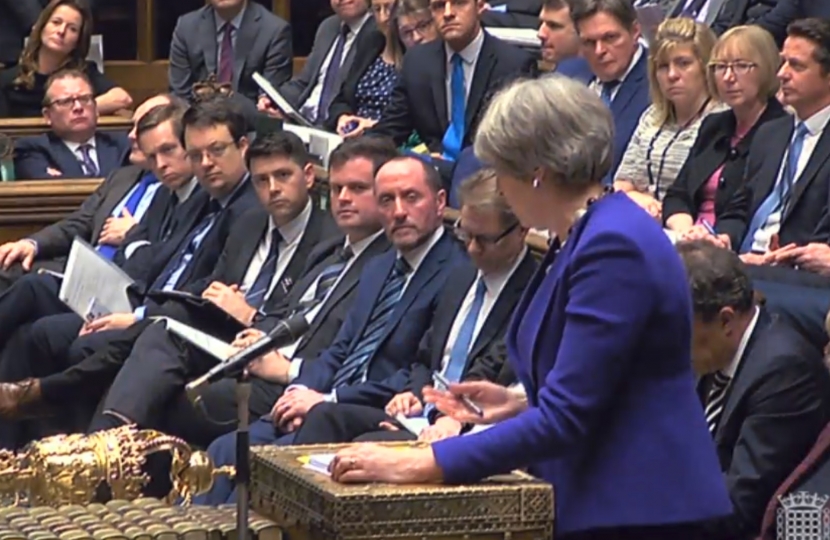 North Cornwall MP Scott Mann has today described a potential centralisation of radiotherapy services in Devon and Cornwall as “unacceptable” in a question to Prime Minister Theresa May.

In light of an NHS England consultation which aims to modernise radiotherapy services, there are concerns that vital services in Truro could be moved to Devon.

Addressing the Prime Minister in the House of Commons, Scott Mann paid tribute to the Sunrise Appeal who raise money for cancer care and also urged Cornish residents to respond to the NHS England consultation.

“Cancer can strike anyone, no matter where they live in the UK. The Sunrise Appeal in Cornwall has raised £3 million since the year 2000 to fund equipment and buildings for cancer care, but proposals by the NHS could see radiotherapy services moved from Cornwall to Devon.

“This would mean many constituents having to travel hundreds of miles to access treatment many times a week. These proposals are unacceptable to my constituents and the vast majority of people in Cornwall.

“Does the Prime Minister agree that travel times should be taken into account when making these decisions, and will she join me in encouraging the people of Cornwall to respond to the NHS consultation?”

Theresa May said that NHS England was investing £130 million into new radiotherapy networks and that it was important to take travel times into account. She also urged the people of Cornwall to respond to the consultation.

“My honourable Friend raises an important point. We want to ensure that patients get the best cancer services and that they get access to treatment in a timely fashion. Of course, the length of time it takes patients to travel to that treatment is an important issue.

“We are establishing radiotherapy networks, which will review access issues and service provision on a regular basis and address any shortcomings in the area. That is backed up by £130 million for new and upgraded radiotherapy machines.

“My honourable Friend is absolutely right that these decisions should be taken primarily at a local level, and I join him in encouraging the people of Cornwall to respond to the consultation.”