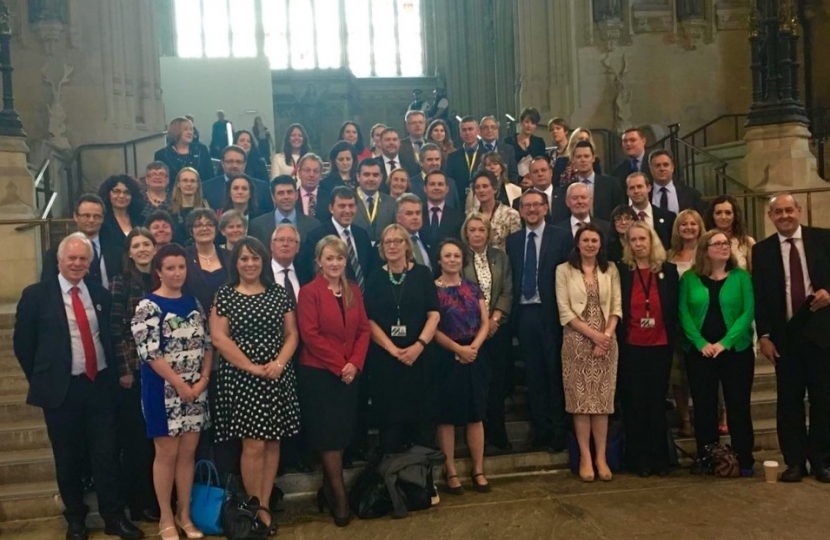 Members of Parliament including Scott Mann have set up a pressure group to lobby the Government on behalf of thousands of women across the country who have been affected by changes to the state pension age.

Acts of Parliament passed in 1995 and 2011 have seen upward revisions to the State Pension Age, the latter of which by the Coalition Government to set women on the same level as men at 66 years of age.

The change particularly affects women born in the 1950s, because their State Pension Age has been increased to 66 after already being set at 64 – up from 60.

Scott has spoken with many women in North Cornwall who will not be receiving their State Pension until 66 years of age – six years after they were originally set to receive it.

The Government says the changes to the women’s State Pension Age was to meet EU equality rules and rises in life expectancy.

A group was subsequently set up by women affected, called Women Against State Pension Inequality (WASPI). The group has been lobbying the Government to implement transitional arrangements for women who could lose up to 18 months of state pension, with many having retired or in the process of planning retirement.

An All Party Parliamentary Group (APPG) has now been set up to support WASPI in Parliament, with MPs aiming to use the group to lobby the Government more effectively for change.

Elected as one of the Vice-Chairman, Scott said:

“I’m thrilled that this group has been formed, and that I’ve been elected as one of the vice-chairman.

“I’ve spoken with many women in North Cornwall who feel unjustly affected by this change, having already been told in 1995 that their state pension age would rise.

“When these women started their working careers, they expected to receive their State Pension at 60, but now they have to wait until they’re 66. Some haven’t even been contacted by the DWP to notify them of changes.

“I understand the principle of why the Government made these changes because of EU rules and sharp rises in life expectancy, but I also think the Government has a duty to look after those women who have worked for many years paying into the system and expecting to get a pension at 60.

“I look forward to working with fellow MPs so we can lobby the Government for a fairer deal for women in North Cornwall.”

Scott has previously spoken in a parliamentary debate on the issue which was held after a Parliamentary Petition secured 193,185 signatures.

Responding to calls from Scott and other MPs, the Government said:

“The Government will not be revisiting the State Pension age arrangements for women affected by the 1995 or 2011 Acts. The Government carried out extensive analysis of the impacts of bringing forward the rise to 66 when legislating for the change (impact assessment available at Gov.uk). The decision to amend the timetable originally set out in the bill, to cap the maximum increase at 18 months rather than 2 years, was informed by this analysis.

“Regular consideration of State Pension age is necessary to ensure the pensions system remains sustainable as life expectancy grows. The 2014 Act provides for a 6-yearly review, to take into account up-to-date life expectancy data and the findings of an independently-led review. The first review will conclude by May 2017 and will consider, amongst a number of other factors, the impact of State Pension age change on women.

“The policy decision to increase women’s State Pension age is designed to remove the inequality between men and women. The cost of prolonging this inequality would be several billions of pounds. Parliament extensively debated the issue and listened to all arguments both for and against the acceleration of the timetable to remove this inequality. The decision was approved by Parliament in 2011 and there is no new evidence to consider.”