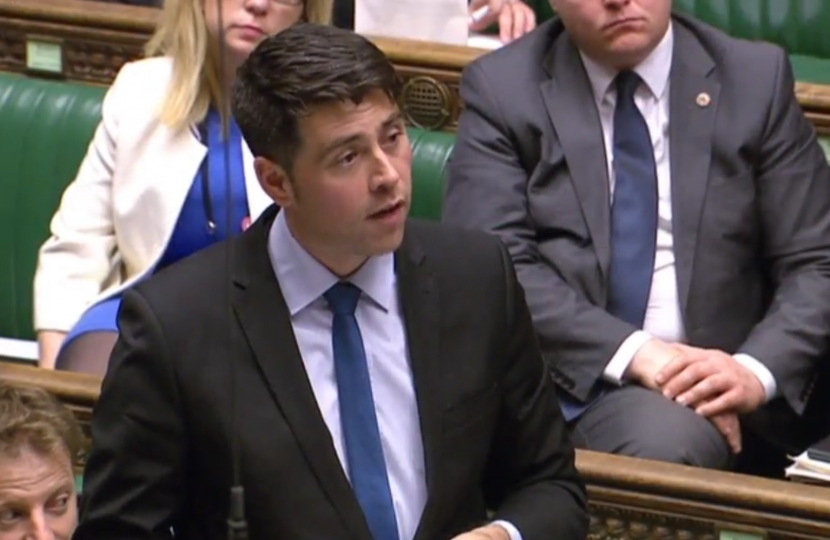 Scott Mann is calling for tougher rules on micro-chipping of wild ponies as well as government giving more resources to Bodmin Moor Commons Council (BMCC) to tackle the problem of pony deaths and to monitor welfare.

Concern was recently expressed after 11 dead ponies were discovered on Bodmin Moor, allegedly because of neglect by owners. A multi-agency task force has since rounded up 34 ponies on Bodmin Moor amid growing concerns about their welfare, with 22 of them being removed and re-homed.

Upon discoveries being made by members of the public last week, Scott’s office was contacted by a number of people asking that action be taken.

Although Scott has no power to penalise owners, his office contacted the BMCC and Cornwall Council to relay concerns from members of the public and offered advice to constituents about what to do if they found a pony that needed help.

Scott has subsequently written to George Eustice, DEFRA Minister and MP for Redruth, suggesting that tougher rules be enforced for micro-chipping which would incentivise owners to take better care of their ponies to avoid fines or prosecution.

“One thing that seems clear is that it is often difficult to trace ownership of the ponies, particularly where carcasses from other areas are ‘dumped’ on the moor. It would make sense for all free roaming animals, such as moorland ponies, to be mandatorily chipped or registered through some form of animal passport scheme. This may not alleviate the problem of malnourishment, but it will certainly allow for speedier tracing of owners, and, where necessary, prosecutions for neglect and animal cruelty.”

Scott is also calling for the BMCC to be given more resources to monitor wild ponies and their owners, given that it only has small team of volunteers to oversee Bodmin Moor.

“It’s obviously very disturbing for someone to find a dead pony on Bodmin Moor. People have huge affection for them just as they do for domestic pets. The RSPCA and the police are pro-active in prosecuting owners who neglect cats, dogs or horses, and I think there needs to be more awareness made to wild pony owners that they should be well fed, watered, micro-chipped, and generally looked after.

“The exact number of deaths from negligence is questionable, as some ponies may have died from old age or short illness, but nevertheless, ponies do need to be properly looked after to ensure a good quality of life.

“I appreciate that Bodmin Moor is a very big area to manage for owners and the BMCC, who as a small voluntary organisation, are doing their best to address the problem. Action clearly needs to be taken, and I think the BMCC needs to be given more resources to better manage the moorland so they can track ponies, hold owners to account for any that are ill, malnourished or dead, and enforce mandatory use of micro-chipping and animal passports.”

Anyone who is concerned about the welfare of a pony on Bodmin Moor should contact the Animal and Plant Health Agency (APHA), Cornwall Council or Devon and Cornwall Police Rural Engagement Team.