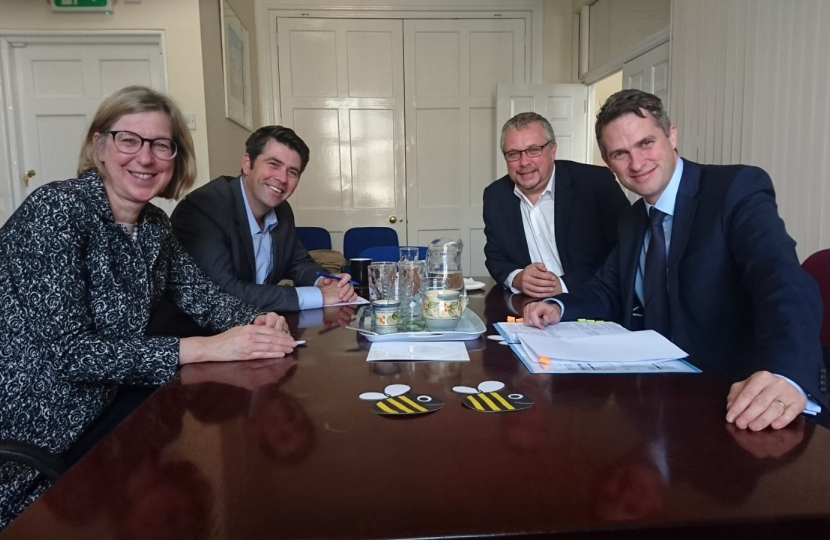 North Cornwall's MP, Scott Mann, and his Cornish colleagues have met with Secretary of State for Education, Gavin Williamson, to press for fairer funding for Cornish children.

Mr Williamson, who was recently appointed to the role by Prime Minister Boris Johnson, has been keen to lead on efforts to ensure that funding for children in Cornwall matches the per-pupil spending across the country.

At the meeting, which was hosted by Truro and Falmouth MP, Sarah Newton, the Secretary of State was briefed on Further Education funding, SEND, early years and the historic disparity between urban and rural school provision.

Speaking on his visit to Cornwall, the Secretary of State commented:

“For too long, governments have failed to address the disparity between education funding that has left rural areas like Cornwall with less funding despite similar needs. This is an issue that affects children right across the country and has been a priority for me from day one. Cornish children deserve a fair funding formula throughout their entire education, from Early Years, primary and secondary school, and beyond.

“Cornwall’s six Conservative MPs are fantastic advocates for education and they have been lobbying me hard to ensure our pledge for fairer funding is delivered on. That’s why we have announced that we are boosting schools with a record £14 billion, leveling up per-pupil funding across the country so every child in Cornwall has a world-class education. The cash boost will mean that every secondary school in Cornwall will receive a minimum of £5,000 per pupil next year and every primary school will get a minimum of £4,000 per pupil from 2021-22.”

“I enjoyed meeting with the Secretary of State and feeding back on what my constituents and schools have recently asked me to raise with him.  As a father with children in North Cornwall schools, I am aware of how hard staff and teachers work, and as a Member of Parliament, I have been consistent in doing everything I can to ensure children in Cornwall receive the same as a child in any other part of the country.

“Ensuring our funding formula is increased will mean that parents in North Cornwall have confidence that their children are receiving a world-class education from preschool onwards. I’m proud to have played a part in delivering this for the constituency where I went to school myself."