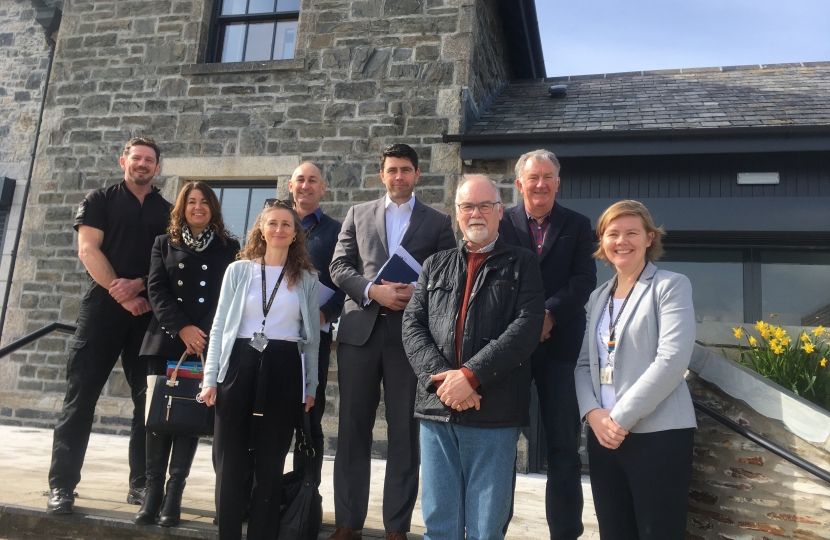 Following a number of complaints in 2017 regarding hair braiders and henna tattooists providing services on the quay at Padstow, partners have been working together to consider options for controlling these traders. In recent meetings, each agency or representative has discussed the concerns being brought to their attention by local residents and businesses, what solutions may or may not be available to them, and what options there are going forward.

Independent legal advice has been obtained by Cornwall Council which confirms that the provision of services does not fall within the definition of street trading as prescribed under the relevant legislation.

The current street trading legislation under the Local Government (Miscellaneous Provisions) Act 1982 creates a loophole whereby people deemed to be providing a service are exempt from having to obtain a street trading licence or adhere to street trading regulations. In practice, this means individuals who are sat around the harbour braiding hair or applying henna tattoos do not have to obtain a licence because they are deemed to be providing a service, rather than selling tangible objects such as toys, clothes, jewellery or food.

The group is currently still exploring the possibility of having legislation amended to deal with the issues raised but for the 2018 summer season officers will continue to monitor and deal with any complaints received as appropriate on a case by case basis.

“The Police are actively working with other agencies in an attempt to resolve the issues being caused to some people by the street traders. A balanced approached will be maintained, and it is important that each case is considered individually and there is ongoing monitoring of any changing circumstances.”

“This is something which I have been working on in Parliament and which I am determined to fix by working with local representatives and agencies. After much discussion with council and government officials, it is clear that from a legal perspective, new legislation would have to be taken through Parliament to amend the existing 1982 legislation. This is difficult and can take time to achieve.

“In the meantime, I will continue to lobby ministers and talk to them about whether licensing can be devolved to Cornwall as part of a future devolution package so that Cornwall Council have the necessary powers to implement their own street trading rules and deal with this important issue.

“Every summer local councillors, the police and I get many complaints about street traders in Padstow because they are blocking the harbour which causes understandable health and safety concerns. Local residents can rest assured that this is an issue which we will continue to try and solve.”

“ I would like to thank all the partners for coming together to ensure that all possible avenues are explored to resolving the residents’ concerns. I will work with my Cornwall Council colleagues to lobby for the devolution of the required powers to allow us to locally manage the problem”.