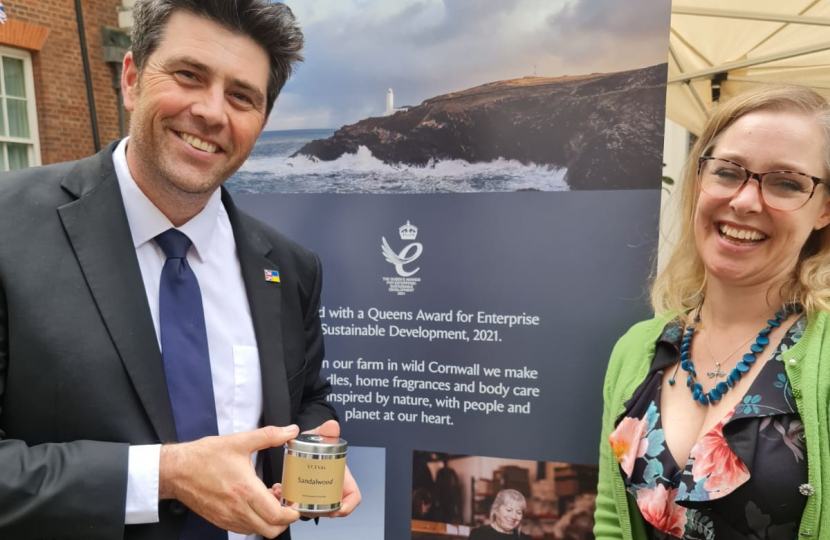 Every business at the showcase represents a UK success story powered by international trade. With evidence showing that businesses who export are more likely to grow, companies like those in attendance are vital for creating jobs and prosperity in communities throughout the Southwest. Around 430,000 jobs in the region are supported by exports with an anticipated boost to GDP of £254 million in a trade deal with India, £35 million with New Zealand, £131 million with Australia, and £90 million from the trade agreement signed with Japan last year.

“The Government is working hard to sign new agreements and to break down barriers for British farmers and food & drink companies. We have removed 217 trade barriers across 74 countries in 2020 and 2021 alone. This includes removing barriers for UK pork exports to Mexico and Chile, all retaliatory tariffs on the approximate £1 billion of UK whisky exports to the US, and slashing tariffs on all UK food and drink exports to Australia and New Zealand via our new Free Trade Agreements. We are now working hard to unlock access to billions of new consumers worldwide, including negotiations with India where British spirits currently face a 150% tariff.”

The Department for International Trade is also supporting firms across Cornwall and the Southwest to take advantage of the new opportunities we have created. This includes Rodda’s Creamery, who have been selling to Japan after the Department for International Trade (DIT) helped them secure a major deal in 2019. The Government anticipates that, thanks to our new trade deal, only authentic Cornish clotted cream can be sold under that label in Japan, a real boost to the company.