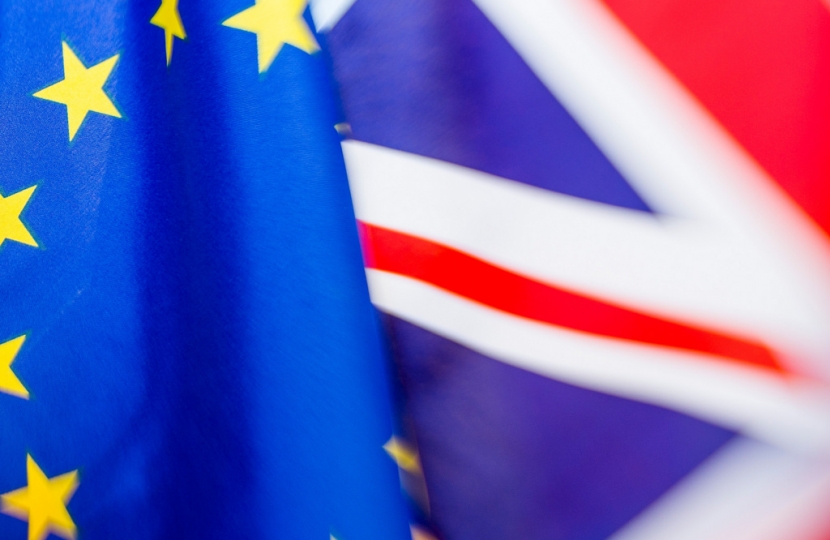 I believe that the Prime Minister has shown determination over the last two years to try to get a deal that the country can agree and unite around.

It is almost impossible to negotiate with another organisation who do not want to engage in any meaningful way. It is my personal view that the EU does not want to give us a decent deal because it would lead to other nations asking to leave as well.

There are two elements to the proposal. The first is the implementation period and the second is the withdrawal agreement itself, and I have analysed both and considered the effect they have on North Cornwall and the country as a whole.

On the specifics of the implementation period, the UK government cannot withdraw when it wants to. It must go through an arbitration panel and the text of the agreement states that this can be extended without going back to the UK government for consent. We could find ourselves being locked into the implementation period with no way of getting out.

On fisheries in the implementation, the EU retains the resources in the fishery and the UK fleet will continue to bid for quotas. Under the UN convention of the seas, an independent state sets and controls fisheries management. Our fishermen will be under significant pressure with the discard ban coming into effect and rightly need management and access gains as soon as possible.

On the withdrawal deal itself, the biggest problem I have is with what has been referred to as the backstop.

The backstop is supposed to be a fallback position. However, if no solution is agreed (by both parties) for the Northern Ireland border, we can be locked into it with the UK government once again not being able to end it without going to the arbitration panel, and this could be indefinite.

If we find ourselves in an indefinite backstop, the EU would set our customs tariffs and control our trading arrangements with no say from the UK government. No independent country could, or should, sign up to such an arrangement.

Fishing rights in the deal would be discussed as part of a future trading arrangement. Once again, this is unacceptable. As an independent coastal state, we should be in complete control of the resources and the environmental management of UK fisheries.

There are other elements of the deal which I cannot agree to. The UK would have its VAT levels set by the EU for up to four years after the 29th March. The European Court of Justice would have a say in cases in the UK up to eight years after the 29th March. The wording around future contributions to the EU are also unclear and left open to interpretation.

Democracy is based on instruction and trust from the electorate to their elected representatives. I take this very seriously as your representative.

I cannot and will not sign the UK up to a deal where we do not control our own trading future, and I will vote against this deal if it is presented to the House of Commons in its current form.

I think at this difficult time North Cornwall residents will quite rightly ask what happens now.

It is my belief that the deal in its current form will not pass the House of Commons. If the deal is voted down, my preference has always been for a deal with the EU. I would support a free trade agreement as a priority, followed by an ETFA/EEA arrangement for the short term, then a no-deal Brexit if neither of the first two options happen.

I will keep you updated as the situation develops."