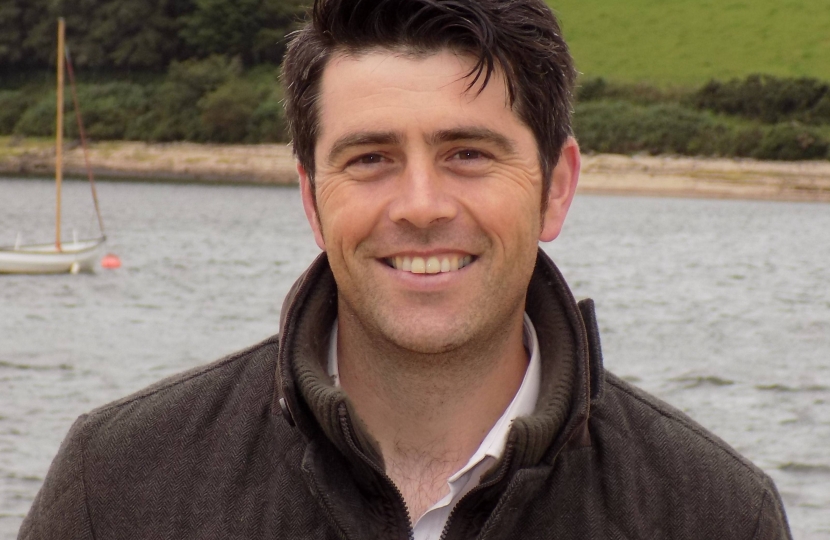 MP for North Cornwall, Scott Mann, has welcomed an announcement by the Government that an extra £1.3 billion will be provided for schools between 2018 and 2020.

The announcement came from Education Secretary Justine Greening after rural MPs including Scott Mann called on a fairer funding formula to address funding disparities between rural and urban schools. Currently, a pupil in North Cornwall can receive up to 50 per cent less funding than a pupil in a similar school in a city.

In 2016, the Government announced that it would devise new National Funding Formula (NFF) to address this and has now promised an extra £1.3 billion to address underfunding in rural schools.

“I’m very pleased to see the Government addressing the concerns raised by MPs who represent rural schools which have long been underfunded, including here in North Cornwall. I’ve met with many head teachers and listened to their concerns about funding, as it often means they can’t employ extra teaching assistants or invest in school improvements.

“With the new National Funding Formula and the extra £1.3 billion announced today, every school pupil will see an increase in funding, with children from an underfunded school seeing gains by up to 3 per cent.

“I am pleased that as North Cornwall’s MP, we can now address these historic funding shortfalls which have been present under successive governments, and I look forward to seeing the specific funding formula proposals for North Cornwall in the near future.”

The main points from today’s announcement are:

“This Government believes that all children should have an education that unlocks their potential and allows them to go as far as their talent and hard work will take them. We have made significant progress: nine out of ten schools are now good or outstanding, and the attainment gap is beginning to close. We have launched twelve opportunity areas to drive improvement in parts of the country which we know can do better.

“Ensuring that school funding is both adequate and fairly distributed is clearly an issue of great importance to people across England and today I am confirming our plans to get on with introducing a national funding formula in 2018-19. I can announce that this will additionally now be supported by significant extra investment into the core schools budget over the next two years. The additional funding I am setting out today, together with the introduction of a national funding formula, will provide schools with the investment they need to offer a world-class education to every child.

“There will therefore be an additional £1.3 billion for schools and high needs across 2018-19 and 2019-20, in addition to the schools budget set at Spending Review 2015. This funding is across the next two years as we transition to the NFF. Spending plans for years beyond 2019-20 will be set out in a future Spending Review.

“The significant investment we are making in schools and the reforms we are introducing underpin our ambition for a world-class education system. Together, they will give schools a firm foundation that will enable them to continue to raise standards, promote social mobility, and give every child the best possible education and the best opportunities for the future.”