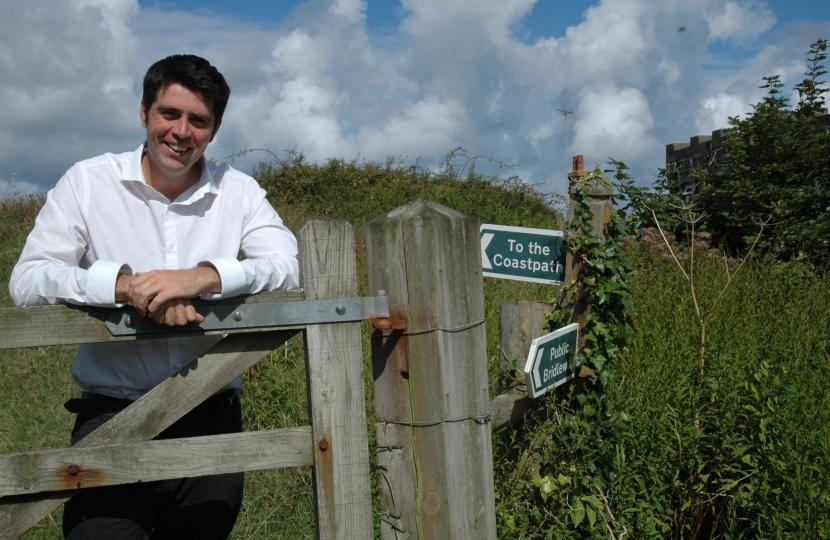 This iconic event, which covers a distance of 26.2 miles, is the UK’s largest marathon, taking in some of London’s most famous landmarks.  Not only will it be Scott’s first marathon, but it will also be the first time a Cornish MP has run the London Marathon itself.

By taking part, Scott is proud to be representing three charities and hopes to raise money for all three hospitals (see notes at the end) to help provide equipment and support for their NHS staff and patients.

“Through the help of Virgin Money Giving, I’m very proud to be raising money for the Friends of Bodmin Hospital, the Launceston Hospital League of Friends and the Stratton Hospital Friends who provide very important help and support the wonderful staff and patients at their respective community hospitals in North Cornwall.

“I would like to thank everyone who supports this fundraising challenge and for any donations pledged. I know the Friends of the Hospitals would really appreciate your support to sponsor me for the run. All donations are quickly processed and passed to the charities, and I’m really looking forward to the 23rd April and raising money for such great charities.”

Since the first London Marathon in 1981, runners in the race have raised more than £830 million for charity, making it the largest annual one-day fundraising event in the world.

You can sponsor Scott here.