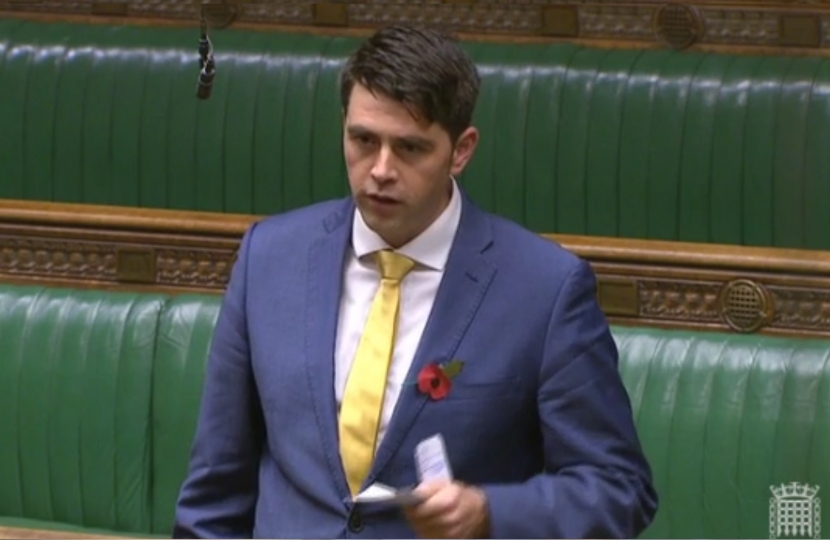 Scott Mann has spoken about Tax Credits for the first time in Parliament since reforming measures were announced in the Summer Budget by George Osborne.

In the House of Commons, Scott welcomed much needed reform to a policy that has spiralled out of control since its introduction in 2003.

"The primary aim of this Government is to pay down the deficit, reduce public spending and unshackle the £3,000 that hangs around the neck of every child that is born in the UK. The Prime Minister has lifted thousands of people in my constituency out of income tax altogether, given 30 hours of free childcare and introduced the new living wage. I am proud to associate myself with those measures.

"When tax credits were first introduced by Labour, they cost £4 billion a year. This year, I believe, they cost £30 billion, so they clearly need reform."

In the Summer Budget, the Chancellor George Osborne announced measures would be introduced to reform the tax credit system to reduce the welfare bill and help turn Britain into a higher wage, lower tax, lower welfare economy.

During his speech Scott also asked that the total package of measures did not negatively impact any of his North Cornwall constituents.

"This Government know they need to make tough decisions, but they need to make them with fairness and compassion. The measures that we are putting in place to manage the transition are to be welcomed....However, it is evident that some people will fall between the cracks. People with older children aged between eight and 14, for example, who do not necessarily have child care provision that they can allocate, single parents who currently earn more than the living wage, and those in private accommodation who do not benefit from the rent reductions will be affected."

He closed his statement in the Commons by saying:

"I am here today to stand up for the thousands of working people in North Cornwall and I urge the Chancellor to assist them in their efforts to work and to earn."