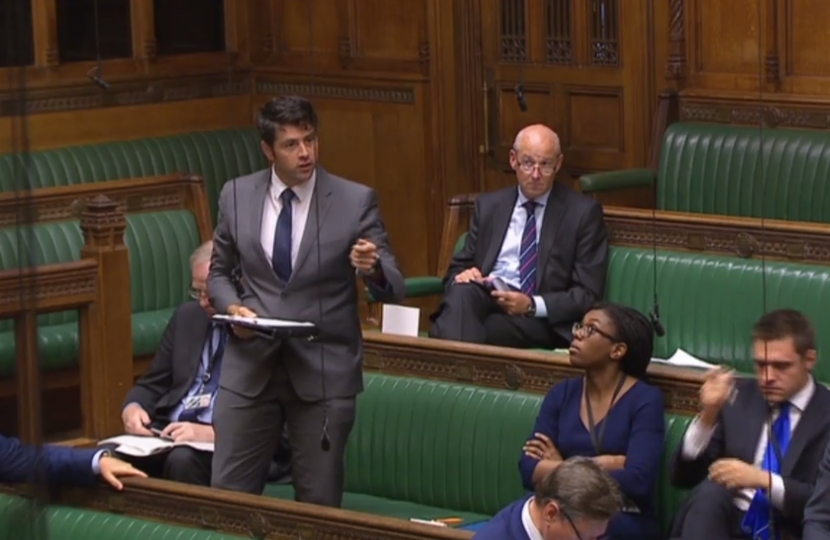 In 1993, EU protections were implemented to protect food products based on their geographic location or place of origin. This includes the Cornish Pasty and Cornish Sardines which must be produced, processed or prepared within Cornwall and have a reputation, features or certain qualities attributable to the county. Cornish clotted cream and Fal Oysters are also protected.

Speaking in the House of Commons during Exiting the European Union Question Time, Scott Mann urged ministers to work with the Department for Environment, Food and Rural Affairs (DEFRA) to keep the protections after Brexit.

“I have urged the Government to keep protections in place for Cornish foods such as the Cornish Pasty, Cornish Sardines and Cornish Clotted Cream. These protections make sure that these foods are made in Cornwall and have Cornish characteristics.

“If these protections were lost after Brexit, then we could see companies from all over the UK trying to produce Cornish Pasties or Cornish Clotted Cream outside of the county without any Cornish ingredients or Cornish characteristics.

“Cornwall is famous around the world for its food and it’s important that we protect our most revered products.”

Robin Walker, Parliamentary Under Secretary of State for Exiting the European Union, said:

“The Government fully supports the UK’s many traditional world-class food products, including those from Cornwall.

“We recognise the importance of protecting the name and status of high quality UK food products such as those currently registered under the Protected Food Name and Geographical Location schemes.

“We are working closely with DEFRA on this important issue and the Government is also engaging directly with food producers, actively considering how best traditional food products are protected after the UK has left the EU.”

The exchange in the House of Commons can be watched here.