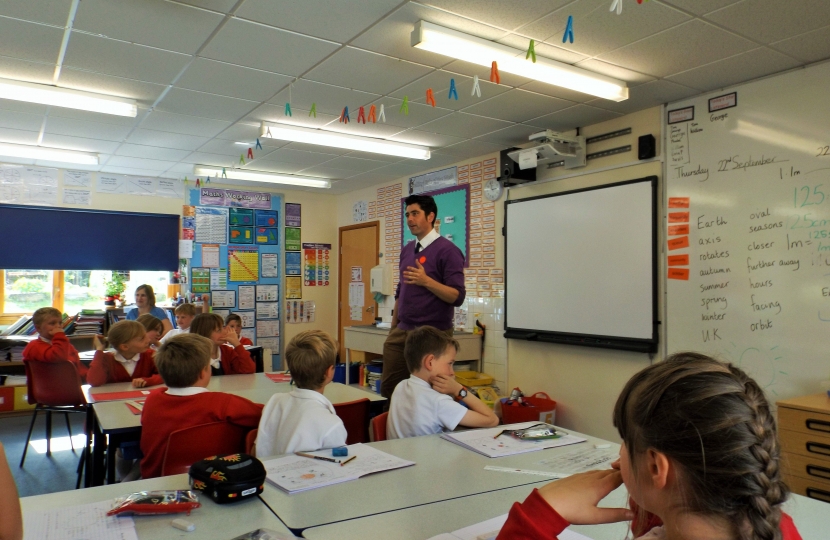 The Government has begun its second consultation stage on a new National Funding Formula for schools, with Scott Mann urging teachers and parents to get involved.

Core school grants have been protected by the Government in real terms since 2010, but the system for distributing that funding across the country is unfair, with urban schools receiving much more money per head than rural schools. This outmoded system allows similar schools with similar students to receive levels of funding so different that it puts many young people at an educational disadvantage.

Since his election in 2015, Scott has been campaigning with fellow MPs to get fairer funding for rural schools, many of which are located in North Cornwall.

These inconsistencies must end, which is why the government has today published its fair funding proposals, replacing the current system with a new formula to ensure that children with similar characteristics and similar should be receiving similar funding, regardless of where they live.

“I’m very pleased to see that the Government is taking steps to deal with the unfairness of school funding. North Cornwall is a very rural area and has many schools which receive less funding than those in urban areas.

"It's about time that this system is overhauled, and I'm pleased to see that it is a Conservative Government which is taking the necessary steps to do this so that my young constituents get a better education.

"I would urge parents and teachers in North Cornwall to visit the Department for Education's consultation page to look at the proposals and give their feedback. It's very important that our voices are heard in this process."

As a result of the proposed national funding formula, due to be introduced from 2018 to 2019:

The consultation page can be found here: https://consult.education.gov.uk/funding-policy-unit/schools-national-f…