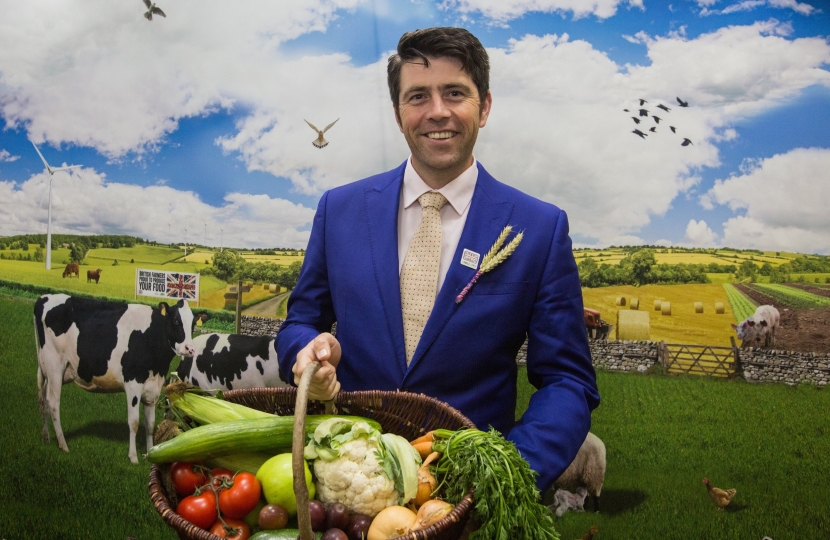 Scott Mann has welcomed an announcement by the Environment Secretary that a new streamlined support process for farmers will be introduced in the New Year which will see less paperwork and a simpler application process.

Speaking at the Country Land and Business Association’s (CLA) annual Rural Business Conference yesterday, Michael Gove explained how his department (DEFRA) will make practical and pragmatic changes to existing farm support systems, streamlining the process to free up farmers to focus on what they do best. The Secretary of State also said that further steps would be taken to ensure that farmers have a better support system after the UK leaves the EU.

As a first step, the Environment Secretary announced simplifications to the Countryside Stewardship scheme through the creation of four new streamlined offers which will launch in January next year. These new offers will have a much simpler application process – half as much paperwork as before - so it will be easier for farmers and land managers to apply and deliver environmental benefits on their land. Further details on this will be shared later this week.

“Today I have set out plans to improve our current schemes, starting with simplifying support for farmers to protect and enhance our landscapes and countryside.

“But these measures are just the beginning - the first steps towards a simplified system of support. Over the coming weeks and months, we’ll be working closely with our farmers to make sure we listen to what they want as we design a new approach and realise our vision for the future of UK food and farming outside the EU.”

“I’m very pleased to hear Michael Gove laying out the first step of his post-Brexit vision for agriculture by making support for farmers simpler, quicker, fairer and more effective.

“Countryside Stewardship is a great scheme which promotes better land management and ensures that our environment is better protected. Unfortunately, Britain’s farmers are shrouded in EU red tape, but after Brexit, I want to see a domestic agricultural policy which better supports our farmers through a faster and more effective subsidy system, which promotes British food and animal husbandry, and one which strengthens our environmental protections and high animal welfare standards.

“The Government will be bringing an Agricultural Bill into Parliament before Brexit, and I very much looking forward to hearing more about how our farmers will be better supported after we leave the EU.”