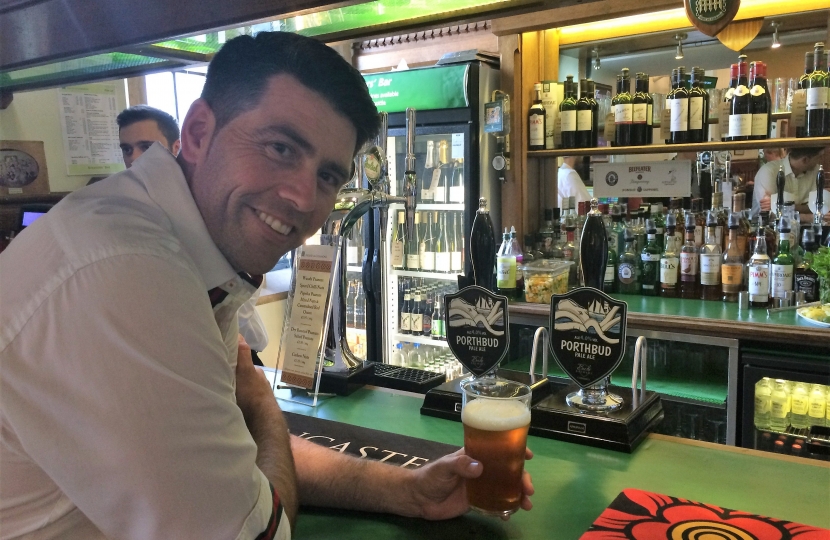 MP for North Cornwall, Scott Mann, has raised a glass to Bude Brewery after it successfully managed to get its PorthBud beer stocked in Parliament’s main bar.

The famous Strangers’ Bar, which serves MPs, government ministers and their guests, decided to stock the Portbud beer from North Cornwall as a guest ale alongside other beers from around the country.

“The beer being sold in Parliament is our PorthBud 4.0%. PorthBud is the original Cornish name for our beautiful coastal town. It’s super hoppy with bursts of citrus and perfect for a summers day on the beach.

“We are super proud to be able to supply our parliament with this ferocious taste of North Cornwall.”

“I’m delighted to see a taste of North Cornwall coming to Parliament in the shape of Bude Brewery’s Portbud beer. The weather has been beautiful in Westminster and it’s been lovely to sit down in the evening and drink a pint of some fine North Cornwall ale.

“I’m a big supporter of the beer and pub industry and I have repeatedly joined colleagues in Parliament in calling for a cut to alcohol duty in order to help our small and medium sized breweries grow and thrive.”