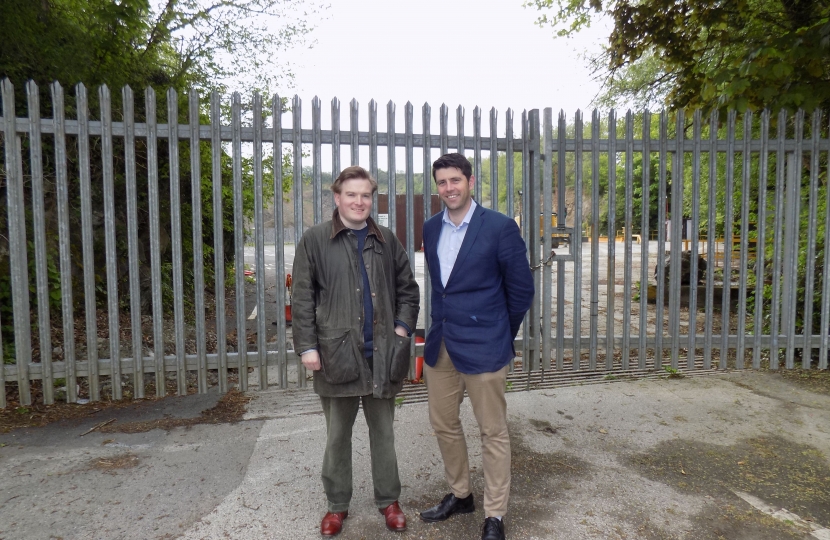 Scott Mann has welcomed the news that a planning application for an asphalt processing plant in Polyphant (PA15/10051) has been withdrawn by CORMAC after scores of objections from local people.

Proposing to construct the plant in Blackhill Quarry near the A30, CORMAC published a report which said it was for the production of coated stone for tarmac.

However, many local people objected to the application, claiming the plant would cause pollution, impact the local environment, and increase traffic movements on the nearby A30 junction.

Scott himself received 53 letters of objection from residents of Polyphant and Lewannick, particularly regarding the fact that an Environmental Impact Assessment (EIA) had not been conducted.

Writing to Phil Mason, Head of Planning, to express concern on behalf of constituents, Scott asked that an EIA be conducted as the proposal had “clear ramifications for the local environment”.

“It also appears that local residents have been given little and insufficient information about emissions from the asphalt plant. Constituents have also stressed to me that the contours of the landscape plus the prevailing winds mean both Polyphant and Lewannick will be affected.”

Hearing that the application had been withdrawn, Scott said he welcomed the decision.

“I’m glad that CORMAC have withdrawn their application. The main theme from constituents was that they hadn’t receive enough information on the proposal, and they were rightly concerned about the potential negative impacts to the environment.

“I’m glad that CORMAC are seeking to expand their tarmac production operation, but due to the location of Blackhill Quarry, I don’t think it was a suitable location, especially as the materials were not going to be sourced from there.

“A plant like this needs to be sited somewhere which is easy to reach for vehicles and where it won’t impact the environment.”