Scott's speech in Parliament on the School Funding Debate 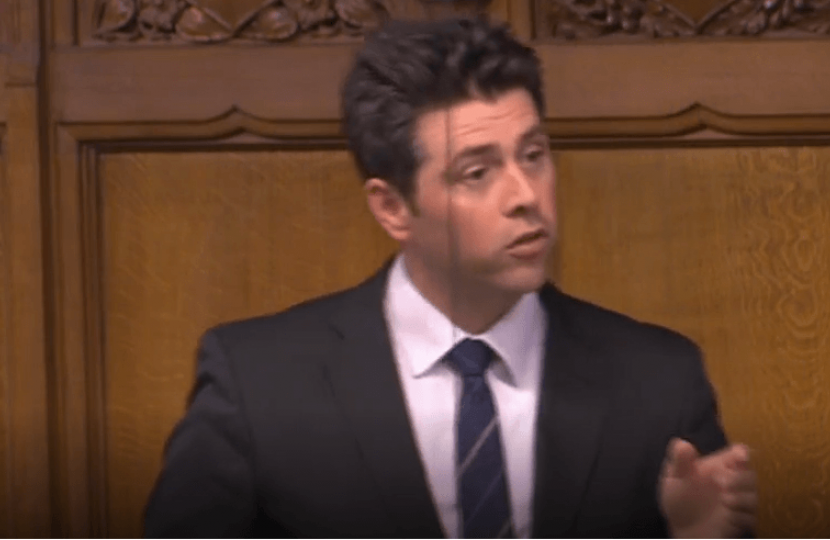 Was delighted to speak in today's School Funding debate in Parliament. I spoke on behalf of Cornish Headteacher's to raise the issue with lesser funding in North Cornwall as opposed to London.

Find my speech below:

'Thank you Mr Speaker, it’s a pleasure to follow the honourable member for __________ and I thank you for providing me with the opportunity to speak in this debate.

Investment in education is one of my priorities for North Cornwall and of special interest to me personally as social mobility is a passion of mine. North Cornwall is a prime example of a rural area which unfortunately is overlooked compared to more urban communities from governments of all colours, sometimes to the detriment of the chances of children and young people who come from that beautiful part of the country.

I would like to start by talking about the London Challenge, the policy which saw a huge amount of investment into the most urban areas of the country starting in 2003. Although it’s difficult to isolate the impact of the policy, it’s undeniable that attainment levels went up in the schools involved overall.

The policy saw a budget of £40 million a year for London, Greater Manchester, and the Black Country at its peak. My issue with it is what about the children in Lanivet, Launceston, or Bodmin? They deserved the same resources and therefore the same chances as children in the cities.

I mention the London Challenge because, despite the policy coming to an end, theirs is still a huge disparity between education investment between urban and rural areas. Cornwall Council is part of a group of 42 local authorities which historically receive some of the lowest allocations for primary and secondary pupils per head in the country.

Cornwall is one of the best places to raise a child. It’s safe and uniquely beautiful with access to the countryside, children really are lucky to grow up there. However, when it comes to education, they are being short changed in favour of the cities.

Having been a PPS to the Treasury, I understand the pressure to maintain a sustainable economic policy that ensures stable growth,

limits borrowing, and allows us to live within our means. But if there is one sector in urgent need of more investment but more importantly more parity in investment, it is arguably education.

This means revisiting certain policies. For example, the Minimum Per Pupil Funding Level and the 0.5% funding floor lock in some of the historical difference for those schools which have been comparatively well funded for several decades.

Moreover, there is an issue with historical averages being used and therefore locking disparity in, with the gap between the highest funded states schools and the lowest funded being between 50% and 70%. Cornwall’s schools are particularly penalised. This is unfair.

For me, the question is simply one of fairness. Fairness for tax payers, for teachers, and fairness for children and young people. Parents in North Cornwall pay the same level of tax pro rata as parents in cities, and yet their children will receive only half of the educational investment from the state that some pupils in the urban areas receive.

As I mentioned earlier, one of my passions that pushed me to stand for election is social mobility. More parity and fairness in education investment will increase social mobility for North Cornwall.

More investment leads to higher attainment as it provides teachers with more resources to use when teaching their pupils, we saw that with the extra funding on top of the already larger budgets for schools in the big cities.

Higher attainment means pupils do better in exams and gain the qualifications and skills they need for a good start to their working lives. In an increasingly technology-based jobs market, rural pupils need the fairer funding to obtain the skills needed to fit into this market and get on in life. They need to be given a fair deal to help develop their academic or vocational skills for further education.

North Cornwall’s pupils are no less talented, aspirational, ambitious, or intelligent than pupils from urban areas, but they have not received the fair deal they deserve from governments of all colours. A fairer national funding formula that is not based on historical

disparity between urban and rural areas would unlock a great deal of talent that we currently limit ourselves from.

On behalf of the schools in North Cornwall, I am asking for a fairer deal and a show of confidence in our young people. It is not simply a question of more investment after years of sustainable economic and budgetary growth, but reallocating funds across the country to ensure every pupil, no matter where they live, are treated the same.

In conclusion, Mr Speaker, I strongly believe that schools in rural areas like mine deserve a fairer deal than the one they have been receiving for decades now, and it should be a Conservative government that finally delivers that fairer deal.'
ENDS