'There is no such thing as hard or soft Brexit. It must be delivered in full' 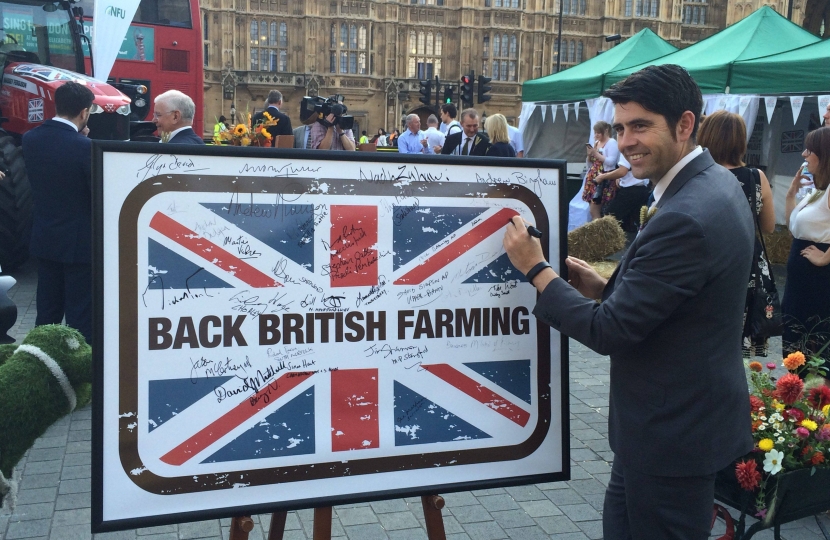 As published in the Western Morning News on Friday, 23 June 2017

After 12 months since the EU Referendum, we are finally negotiating for the United Kingdom to leave the European Union and cancel our membership of the Brussels Club.

The 24-month window is already down to 21-months, so no one can say that the negotiating team hasn’t got its work cut out.  That’s why we cannot let the recent election result distract us from the business at hand or chip away at the democratic result of last year’s referendum.

Contrary to what the opposition parties may desire, another general election or change of Prime Minister would only weaken the United Kingdom’s position at the most crucial time.  The negotiations put the UK opposite the EU itself, and its 27 other member states, all of which are likely to have a different slant on the negotiations and differing preferred outcomes.  The unelected elite behind the EU experiment will no doubt want to punish the UK, to serve as a deterrent to other member states, whereas the majority of the individual governments are more likely to want to negotiate a deal that doesn’t penalise their respective economies.

Let us not underestimate the power of the free movement of goods and services to EU member states that depend upon them for their economic growth.  Tens of millions of EU jobs rely on trading with the UK.  With the UK importing nearly £60 billion more than it exports to the EU, any attempt by Brussels to slap tariffs on us will inevitably harm them more.

Since triggering Article 50, Brexit seems to have become either ‘hard’ or ‘soft’, as if it were a boiled-egg.  It’s time to put this rhetoric to bed, as there is no such thing as a ‘hard Brexit’ or a ‘soft Brexit’.  Trying to water down the outcome before it has happened is nothing more than an excuse to protest and an attempt to undermine our position in the negotiations.

The result of the EU Referendum was clear.  The Conservative Party attracted the most votes on 8th June, gaining 2.3 million more votes than in the 2015 election.  These two outcomes combined reinforce the view that the people of Great Britain want to leave the EU.

During the recent election campaign, I spent six weeks knocking on doors and speaking to many individuals and small businesses: the biggest thing that I took away from this was that there is still a strong will amongst people in Cornwall to leave the EU.  I respect the view of those who voted Remain but in a democracy, they should also respect the referendum result and want to support the UK in achieving the best outcome for all of us.

Here in the South West in general, and North Cornwall in particular, there are two clear priorities for Brexit: firstly, taking back control of our fishing waters and secondly, reforming our agriculture sector, as both farming and fishing have been ravaged by the bureaucracy of EU policy.

Cornwall’s fishing industry has been decimated by the Common Fisheries Policy, while the region’s farmers have been bogged down by the Common Agricultural Policy.  Not only do our farmers and fisherman know this but so do the residents of Cornish communities.  A single policy is a one-size-fits-all solution that by its very nature means there will be winners and losers. Where you have 28 member states spread across a continent, a single policy is not a good system.

I made it clear on the doorsteps of North Cornwall that I would be in Parliament to stand up for everyone in North Cornwall and, in particular, our fishing and farming sectors as they are vital to the region’s economy and the nation’s economic prosperity.  Farmers and fishermen do not want preferential treatment but they deserve fair treatment and a level playing field.

It is no coincidence the farming and fishing-focused counties of Devon, Cornwall and Somerset saw almost all of their Conservative MPs retain their seats earlier this month, which means with so many Conservative MPs in a government with a reduced majority, we are in effect a West Country Conservative power block that in the post-2017 election landscape will use its political weight responsibly, but to the maximum effect.

We will ensure that the West Country’s voice is heard loud and clear - something that has not always been the case with London and the South East having traditionally been listened to more. The election results prove that we are no longer at the geographical and therefore ‘metaphorical’ outlying end of the nation’s politics.  The West Country Conservatives have shown themselves consistently to be a dependable and loyal backbone of the Party, so let Westminster be in no doubt that we will speak with a unified voice when it comes to ensuring that the West Country and the interests of its constituents are heard.

It is important that we see no backsliding on Brexit, as any half-deal would be the worst possible outcome, ensuring continued uncertainty and maintaining EU policies.  Theresa May has made it clear that Brexit will continue, so let us stick to the programme set out when Article 50 was triggered.  It is up to us to make a success of it and to prove the naysayers wrong.