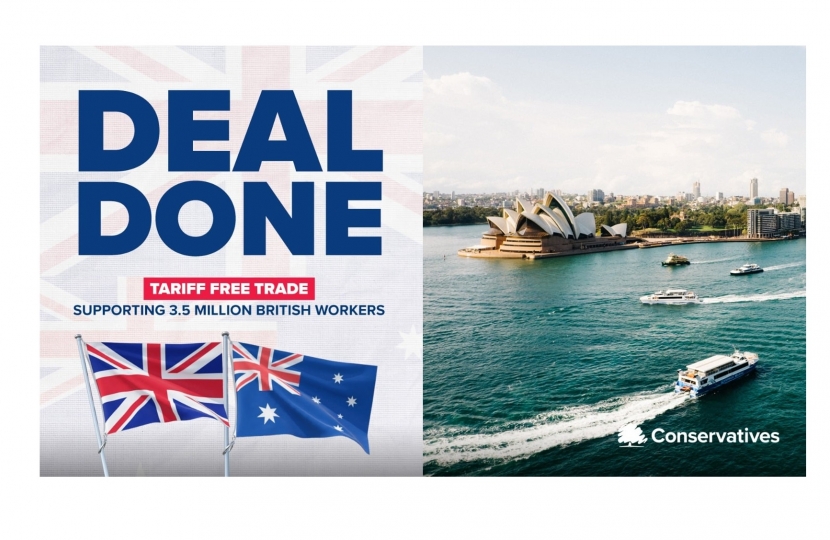 Today marks a new dawn in our relationship with Australia, underpinned by our shared history and common values.

Our historic new free-trade agreement – the first major trade deal negotiated from scratch since we left the EU – will create fantastic opportunities for British businesses and consumers, removing tariffs on all British goods, opening up new markets for our services providers and tech firms, and making it easier for people to travel and work together.

This is global Britain at its best – looking outwards and striking deals that deepen our alliances and helping ensure every part of our country builds back better from the pandemic.

Our new free trade agreement with Australia will do this by:

The ten key benefits of our new trade deal with Australia: