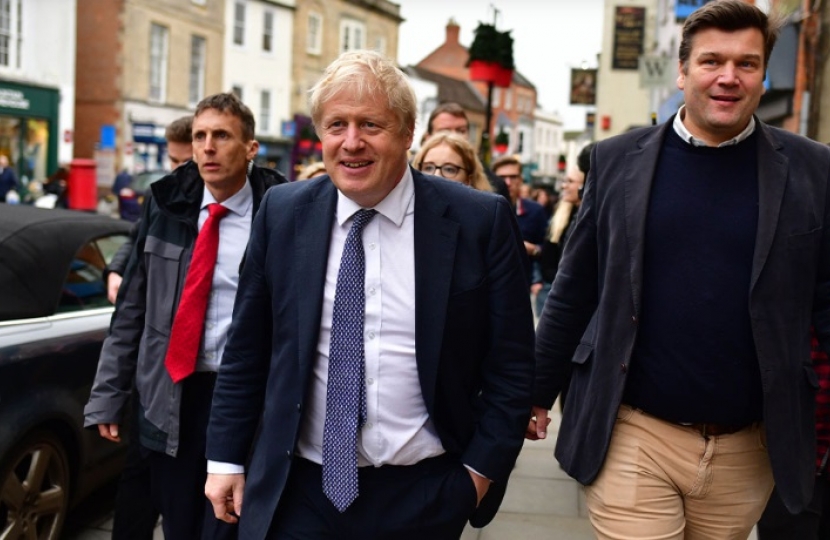 A Conservative majority government would embark on an era of “true 21st century Conservativism” by tripling tree-planting rates and creating a new £500 million fund to protect the world’s oceans to help meet its 2050 net zero target.

The new £640m Nature for Climate fund would increase tree planting in England. The government would work with the Devolved Administrations to triple UK tree-planting rates to 30,000 hectares every year – space for at least 30 million more trees – in line with recommendations from the independent Committee on Climate Change.

Existing woodland like the Northern Forest and Northumberland Forest would be expanded, new forests would be created across the country. Towns and cities would also benefit with more trees planted in urban areas to improve air quality.

The fund would also be used to restore degraded peatland across the country, turning it from a source of carbon to a means of soaking up carbon, as well as replenishing native wildlife populations.

The next Conservative Government will also launch a £500 million Blue Planet fund, resourced from the International Aid budget, to export UK expertise in marine science around the world, supporting developing countries to protect marine habitats and restore their potential to support biodiversity and tackle climate change.

The fund would also improve conditions for fishermen who rely on healthy oceans and plentiful fish stocks for their livelihoods.

“There is nothing more conservative than protecting our environment and these measures sit alongside our world-leading commitment to net zero greenhouse gas emissions by 2050.

“But, just as with our planned investment in schools and hospitals, we can only do any of this if we end the gridlock and deadlock in parliament with a Conservative majority Government.

“That’s why we had no choice but to call this election. And it’s why the choice that people now face as they cast their votes is simple: A Jeremy Corbyn Government that will promise the earth but deliver nothing but more Brexit delay and the chaos of two referendums. Or the Conservatives getting Brexit done, acting responsibly in the national interest and moving the country forward with record investment in our NHS and bold plans for the environment.”