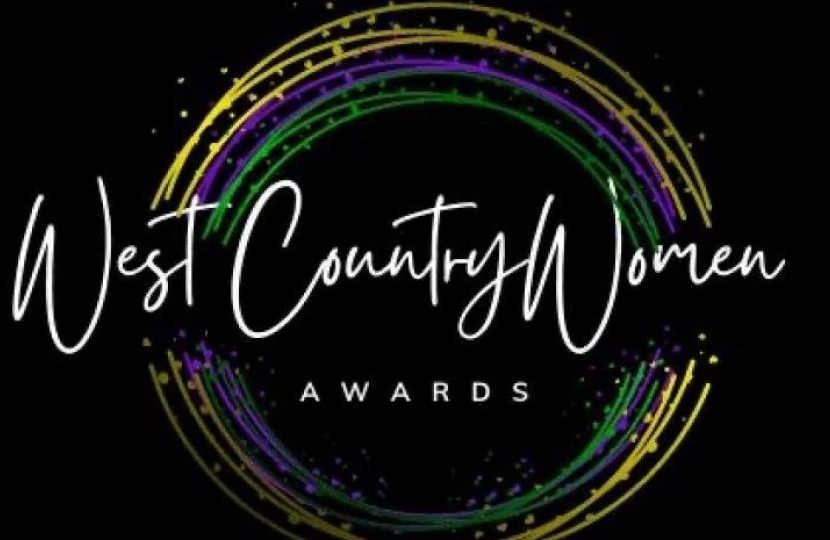 The West Country Women Awards 2022 are open for nominations and the team has announced a new collaboration to boost celebrating and recognising the work of women across the region.

Devon Women in Business Awards and the West Country Women Awards are delighted to announce that they are working together to strengthen the value of both schemes giving businesswomen in Devon and the wider southwest greater opportunities to shine and be recognised.

Organisers of both awards have decided to maximise the opportunities for the celebration of women with the winners of the Devon awards going straight through to the West Country Women Awards on a ‘Golden Ticket'.

The collaboration will involve cross-promotion and a natural progression from a county-wide award to regional awards.

"We are delighted to be working together with Devon Women in Business, this absolutely ties in with our purpose and philosophy of collaboration, co-operation and community: the Golden Ticket from county awards taking them straight through to regionals is brilliant for everyone.

"I have run women in business awards since 2014 but this time it's not just about business: it's about everybody's business with new categories in recognising those working in the fields of combatting violence against women and girls, health, sport and even a ‘best supporting act' category among so many others."

"Instead of viewing each other as competitors, I'm proud to say that we looked for the positive in the situation and found lots!"

Tess, Stuber, Co-Director of Westcountry Women Awards, commented: "I'm really excited to work together with Louise and DWIB to give more opportunity to recognise West Country Women - collaboration just made sense. I know first hand how these awards impact women and I'm looking forward to seeing the profound positive outcomes for women in the region."

Both schemes have attracted strong support and are now open for entry.

Category information and entry forms for the West Country Women Awards can be found at www.westcountrywomenawards.co.uk and for Devon Women in Business on  www.devonwomeninbusiness.com

Nominations for the West Country Women Awards were opened at the launch event at Crowdfunder's HQ, CSpace in Newquay, Cornwall.

There will be 15 categories including:

*   Combatting Violence Against Women and Girls - Sponsored by Alison Hernandez the Police and Crime Commissioner for Devon, Cornwall and the Isles of Scilly.

*   Employer of the Year - Sponsored by St Austell Brewery.

*   Women in Tech - Sponsored by the Real Ideas Organisation.

*   Employee of the Year - Sponsored by Womble Bond Dickinson.

*   Entrepreneur of the Year - Sponsored by Continuum Financial Advisers.

*   Women in Construction and Property.

Nominations close at the end of August 2022.