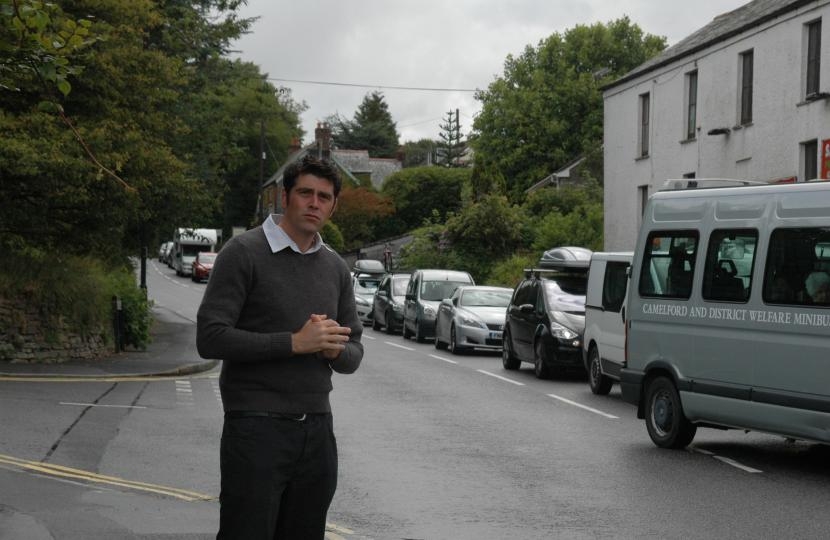 Scott Mann has welcomed proposals by the Government to launch a new multi-billion pound funding programme to improve major A roads, which could strengthen the case for a new bypass in Camelford.

As part of the Government’s ‘Transport Investment Strategy’ which was published this week, the Department for Transport said it would launch a consultation on the creation of a new Major Road Network (MRN) for the most important local authority A roads, which in North Cornwall could include the A39.

The Department says the aim of the new Strategy and MRN is to tackle bottlenecks and traffic jams. Shortly before the General Election, the Transport Secretary visited Camelford at the invite of Scott Mann to see the high levels of congestion which are causing much concern amongst local residents.

“I hugely welcome the Government’s new Transport Investment Strategy and its intention to create a new Major Road Network to make sure our key A roads, like the A39, are properly maintained and free of congestion.

“I have long supported calls for a bypass around Camelford. The daily traffic jams are causing pollution and poor air quality which could affect the health of local residents. The construction of a bypass could also unlock a lot of land for economic growth which would really boost the town’s economy.

“I will continue to work with local groups and Cornwall Council to work up a sensible proposal, and if this new Major Road Network is implemented following a consultation, then I will be standing with local people to get funding for a bypass.”

“Getting transport spending right is crucial for the country’s future.

“This government is taking the big transport decisions for Britain’s future like HS2 and Heathrow, while delivering the biggest investment in roads and rail for a generation.

“At the heart of our approach is a plan to make transport work for the people who use it and for the wider economy.”

If the new MRN is implemented, then it will be funded by Vehicle Excise Duty (VED) through the National Roads Fund.