£60m A30 dual carriageway opens ahead of summer holidays 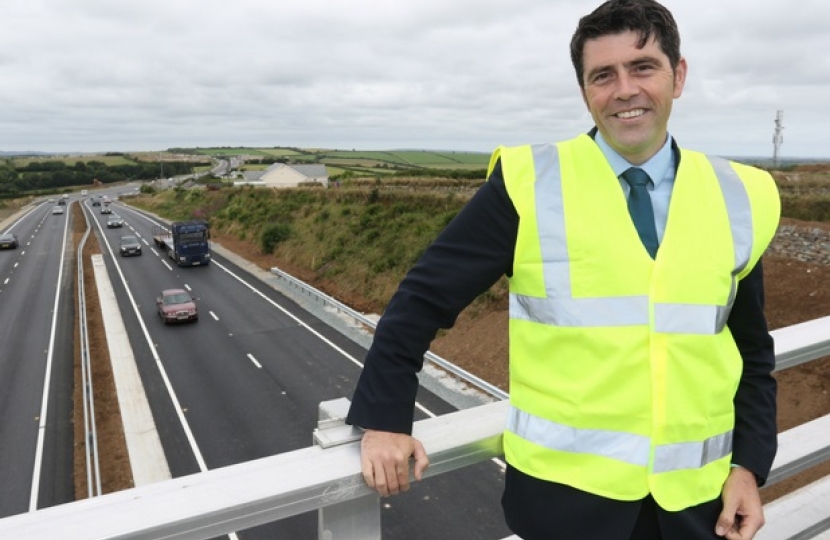 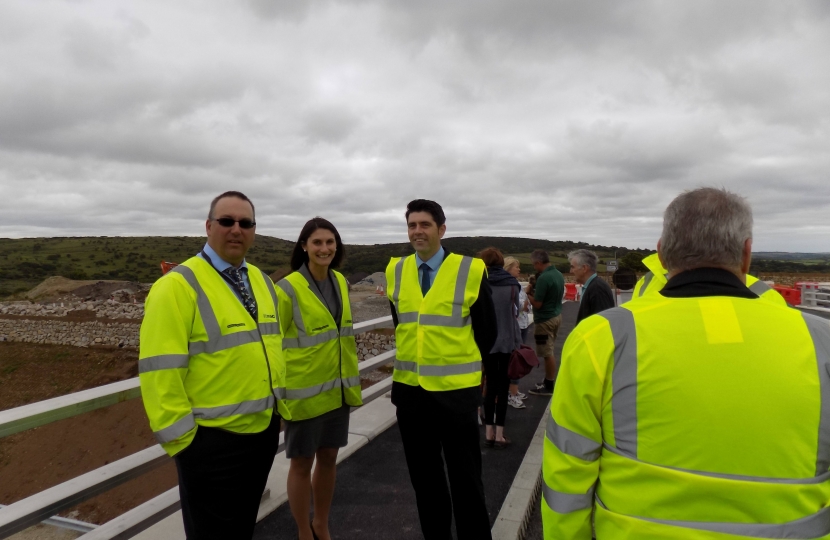 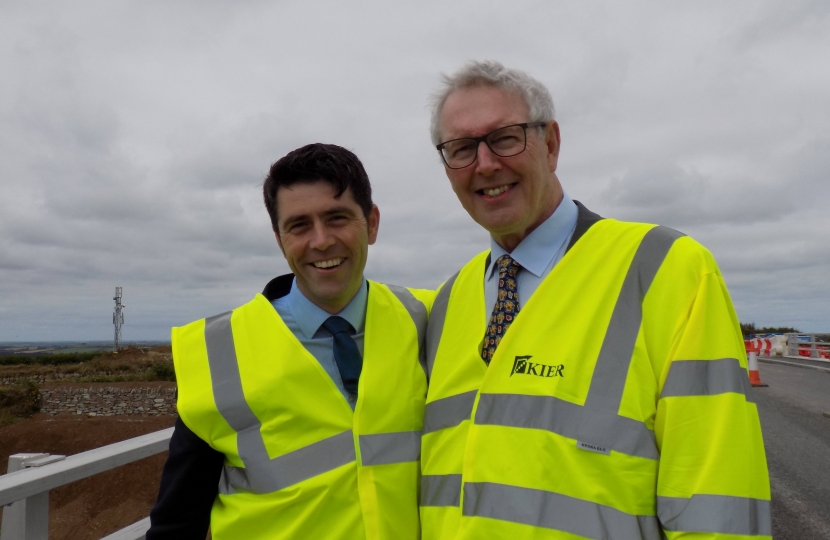 Scott Mann has attended the official opening of the new A30 dual carriageway near Bodmin - ending years of bottlenecks for motorists.

After two and a half years of work and at a cost of £60 million, the new dual carriageway stretches 2.8 miles between Bodmin Airfield and Temple and includes new bridges and junctions for local villages and businesses. The opening of four brand new lanes come just weeks before holidaymakers drive down to the county.

"This is going to be a huge economic boost for Cornwall and areas along the A30 corridor.

"Cornwall is receiving huge amounts of investment from the Government for new roads and road improvements which will unlock economic potential and in-turn, create more jobs in the county. We have already seen businesses looking at Bodmin as a place to relocate, and with this huge infrastructure investment, it will make it much easier to transport goods through the county.

"There is still some work left to complete the bridges and other minor details, but the fact that we now have an uninterrupted dual carriageway running across the moor and around Bodmin will be a huge boost for Cornwall's economy and the constituency.

"The dualling at Temple is proof of the huge investment being made in Cornwall by the Government, and plans are already underway to dual the next section between Carland Cross and Chiverton Cross.

"I'd like to pay particular tribute to the A30 action group who spearheaded the campaign to get the A30 dualled. The bottleneck at Temple had caused huge disruption to local people for many years, and it's fantastic to see the perseverance of local communities paying off.

"I would also like to thank the people of Cornwall for their patience over the past few years. It hasn't been easy for businesses and residents, however, we can all now enjoy the benefits."