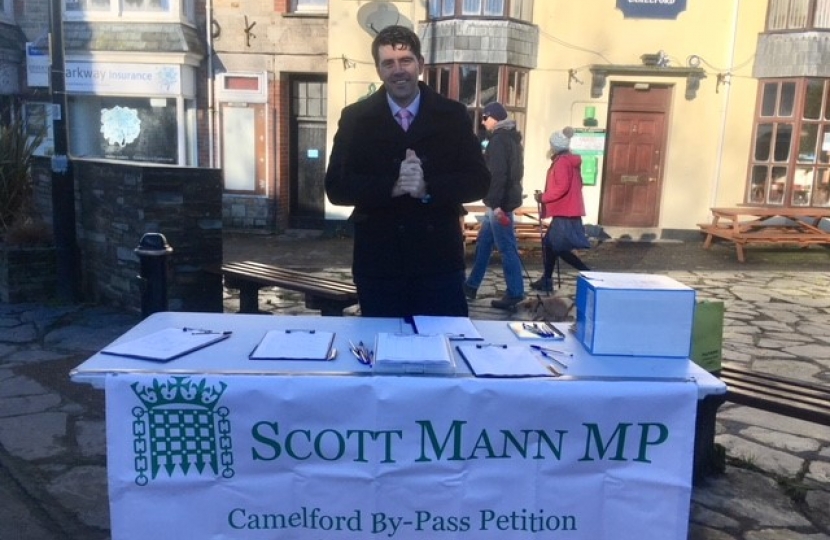 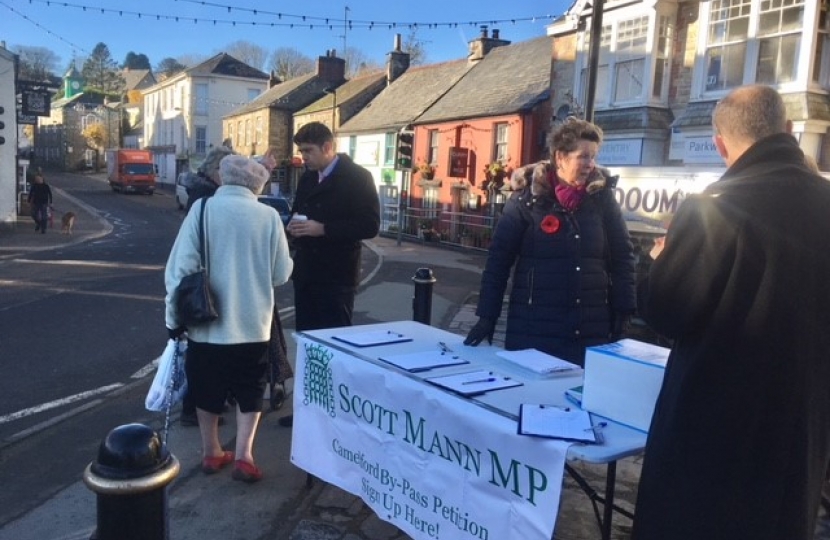 Scott Mann has launched a petition calling on the Government to support the construction of a bypass around Camelford to address traffic congestion and air quality concerns.

The local MP and his office visited Camelford on Friday to drum up support from local residents and those visiting the town.

The Parliamentary Petition, which will be presented in the House of Commons by Scott in the coming months, highlights the concerns of local residents about traffic levels, safety and air quality, recognises a report by CORMAC which concludes that a bypass is the most effective long term solution for the town, and heralds the economic growth which can be unlocked in both the town and the whole of North Cornwall. The petition ultimately calls on the Government to support the construction of a bypass.

Earlier this year the Department for Transport announced its intention to create a Major Road Network which would map all the major A-roads around the country, with local authorities being able to bid into a dedicated fund to make improvements which would include the construction of bypasses. The Department will publicly consult on the creation of the scheme before being set up.

"I had a great day in Camelford collecting signatures for this petition. A bypass is the number one issue which has come up on the doorstep because of the heavy traffic congestion and poor levels of air quality.

"CORMAC has conducted a report to look at the different options, and it concludes that a bypass is the best way forward to address the current level of traffic as well as future demands.

"The Government has announced plans for a new pot of money for bypass projects, and I will continue to work with local councillors and organisations to highlight Camelford's need for a bypass."