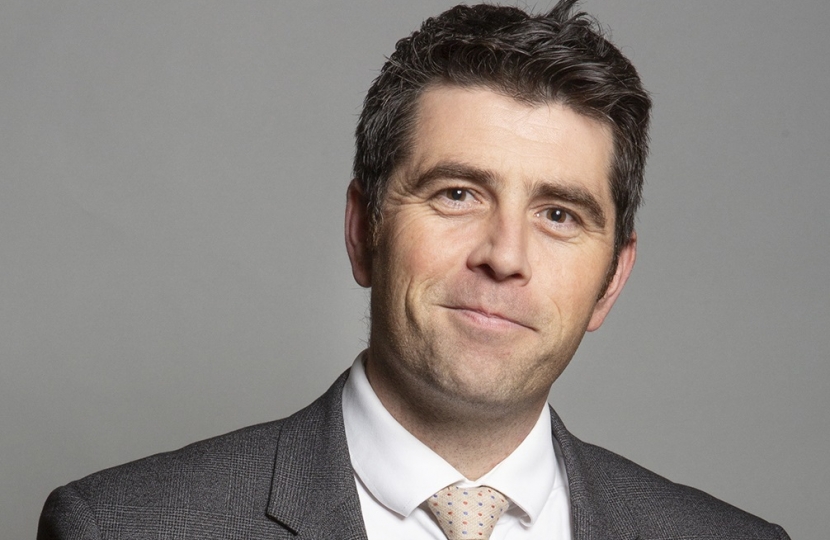 Next week the annual Treasury budget will be delivered by the Chancellor. The budget will not only be the first for the new majority Conservative government, it will also be the first one delivered by our new Chancellor, Rishi Sunak.  Over the previous few weeks, I have considered what asks I will be making as a priority for North Cornwall and spoken to constituents, colleagues and council representatives. It’s clear to me that the Camelford bypass project is at the top of the list for this year’s budget, and I have been on the front foot taking this forward with the Chancellor and the Transport Secretary.

North Cornwall’s transport infrastructure needs upgrading. Under successive historic governments and while represented by previous MPs, our local rail and road systems were not given the attention they demanded and deserved. Prior to my first election, I pledged to fight for a Camelford bypass, a road project that has been discussed for almost a century. After the election, I immediately set to work, and many of you joined me in signing my bypass petition. Since then, and during the two subsequent election campaigns I have continued to give it my full support.

Now that the constraints imposed upon the previous government due to Brexit delay are a thing of the past we are able to move forward, and I am pushing on behalf of North Cornwall to get this project signed off in Westminster. My Conservative colleagues and I stand on our record of delivery for Cornwall; ensuring that the A30, our most vital road, is duelled all the way from Exeter to Hayle. I know we can achieve similar success with Camelford and the bypass. North Cornwall needs this project. It is not only vital for supporting economic growth and its potential as a transport route, but we also need it for air quality and safety reasons. The people in Camelford overwhelmingly support the bypass, and I was very pleased to see how many residents came out for the public consultation earlier in the month.

The budget also gives Members of Parliament the opportunity to state other long-term priorities such as the NHS, and the levelling of education funding for our children. Prior to the general election, the Prime Minister pledged that the next majority Conservative government would pledge £450m to Cornwall for new NHS primary care services. I am therefore very pleased that The seed funding (which is the first stage of the programme) is in place and we are now awaiting the NHS to put forward different plans for how they propose to use the pledged £450m. I am looking forward to working with the NHS as we deliver on this pledge, but I have also made it clear to them that I want the people of Cornwall to have the chance to have their say via a consultation process.

I look forward to updating readers again in the spring.

My office organised a meeting between Cornwall’s NHS hospital leaders, the ambulance service, the Council, MPs, and care homes, to discuss the challenges we face with ambulance response times.