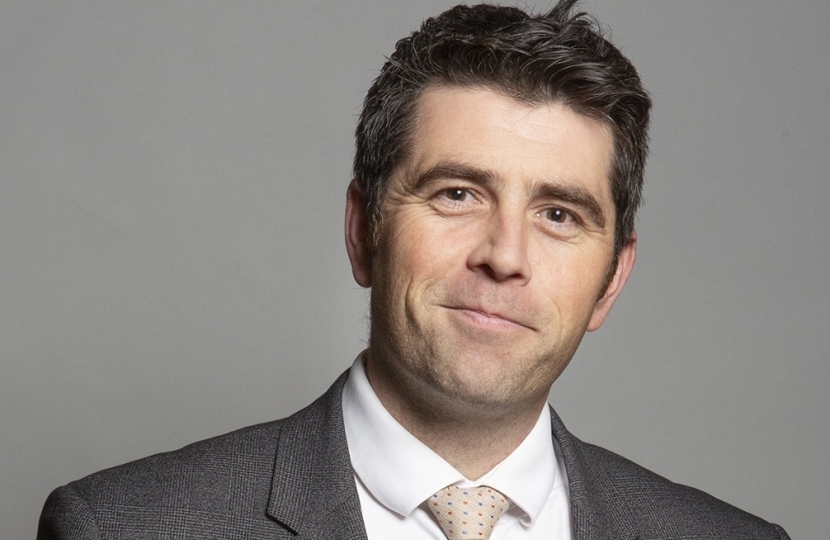 The very sad news that Captain Tom Moore has passed away has led to many tributes from around the country. Our constituency has a close link with Captain Tom as he was stationed in Wadebridge at the start of the war, so on behalf of North Cornwall, I would personally like to express my condolences to the family. Captain Tom became a beacon of hope in a very difficult time and will be remembered for his outstanding contribution to the country. The famous ‘100 laps’ for the NHS generated £33m in donations, and the Queen honoured the Captain with a Knighthood for his services to the country. Captain Tom represented the best of British, a member of a generation which fought in World War Two and built the foundation for the prosperous and free society we enjoy today. He will not be forgotten.

During the last election, I was asked many times what I thought about climate change and the environment. It is clear that more needs to be done and it has always been my philosophy to deal with climate change in a responsible way, protecting the environment while ensuring that our switch to renewables and new technology happens in a steady but gradual way. I was reassured last week when the government announced a £20 million cash injection to boost the number of electric vehicle chargepoints in towns and cities across the UK, helping to create healthier neighbourhoods and clean up our air. Many constituents have concerns about the change over to electric vehicles that will occur in the coming years, unlike the major cities, North Cornwall will need a very different type of infrastructure to support electric vehicles. The message I am taking to back to Westminster is that while we are positive about the changes that will come in the next few years, we need a bespoke solution for rural and coastal communities like ours, rather than a one size fits all approach.

The Prime Minister is turbocharging the green agenda. His Ten Point Plan sets out that we will accelerate the transition to electric vehicles, ending the sale of new petrol and diesel cars and vans by 2030. This may sound daunting, but we should also remember that 40,000 extra jobs could be created by 2030 in industries working to transforming our national infrastructure to better support electric vehicles. Companies in North Cornwall can be at the forefront of the electric vehicle technologies and I have already spoken to a number of local companies who are exploring this growing market.

To support this transition, we have also confirmed an additional £20 million funding for the On-Street Residential Chargepoint Scheme in 2021-22, to allow people without private parking to also make the switch to electric vehicles. This funding could add nearly 4,000 more chargepoints in our towns and cities. Our electric vehicle revolution will help in tackling poor air quality and supporting economic growth as we build back greener from the pandemic.