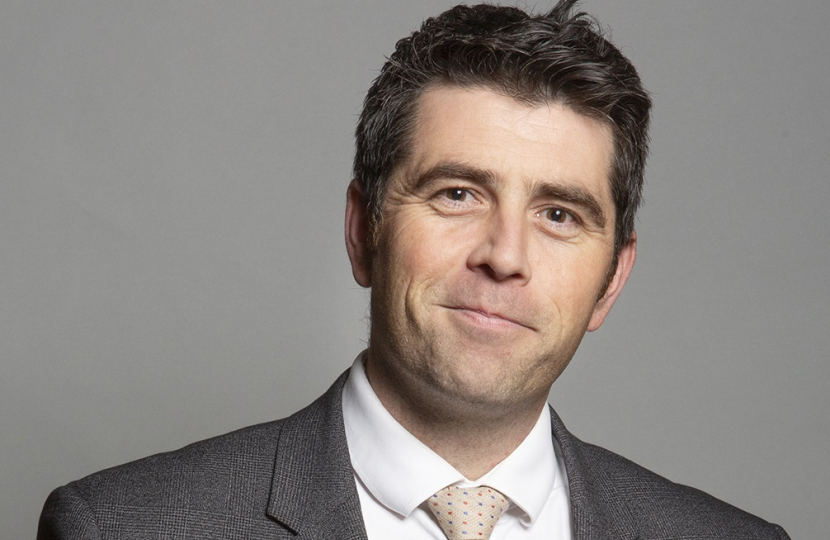 It has been a busy week for me out and about in the constituency meeting with local people and groups. I also held meetings with many of the council members for divisions within North Cornwall and I have a list of action points which I will be taking back with me after the recess.

I know that many people in North Cornwall are concerned about the situation in Ukraine, which I am monitoring via the news and briefings from the Ministry of Defence and Foreign Office. The war is now in its third month and it is quite clear to me that the initial Russian plan to take Kyiv in a very fast operation and remove the Zelysnsky government was a complete failure. Although it is good news that the Russians failed in their objectives, recent history shows that Putin will resort to indiscriminate violence to attempt to break the deadlock. We are now seeing the deployment of weapon systems that cause widescale damage and casualties and it is important that Ukraine is able to counter such barbaric tactics and defend itself. Westminster has announced further support for Ukraine including aid for the most vulnerable and a ban on service exports to Russia, as we continue to support Ukraine against Putin's barbaric assault on their nation.  Putin is continuing his illegal invasion of Ukraine, causing devastation for Ukrainians with nearly 16 million people reported to be in need of humanitarian assistance. We are providing a £45 million package of support, focused in particular on helping the most vulnerable, including women and children. we also announced a ban on service exports to Russia, cutting them off from our world-class accountancy, consultancy and PR services which account for 10 per cent of Russian imports in these sectors. We are standing shoulder to shoulder with Ukraine, and we will continue to ensure the Ukrainian people are receiving the aid they need and taking action to make sure Putin fails.

Yesterday, we doubled the sentencing power of magistrates – keeping our streets safe and delivering swifter justice for victims. Magistrates were previously required to send cases which warranted any sentence over six months to the Crown Courts – delaying justice for victims and taking up valuable court time. That is why we announced plans to allow magistrates to issue sentences of up to 12 months for a single offence instead of sending them on to a judge, freeing up Crown Courts to focus resources on more serious and complicated cases. This change will free up 1,700 extra days of Crown Court time – helping to deliver swifter and more effective justice to victims while bringing down the backlog caused by the pandemic.