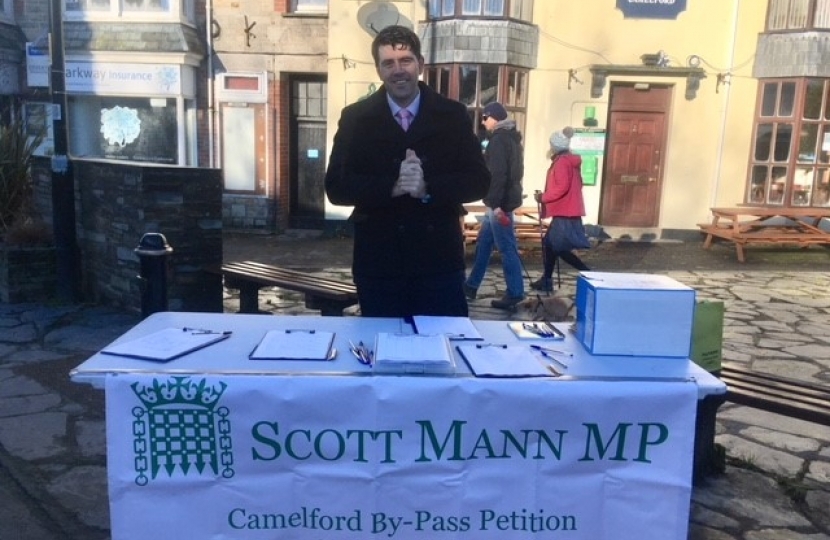 North Cornwall MP Scott Mann has today welcomed the Chancellor’s announcement of £500k in seed funding for the Camelford bypass. The funding commitment represents the first stage of the Government’s financial commitment to the project.

“The seed funding is a clear commitment of intent by the Chancellor to upgrade and revolutionise North Cornwall’s road infrastructure. A new road bypassing the town of Camelford has been talked about for almost a century, but this Government will deliver. Since my election in 2015, a Camelford bypass has been a key priority for me and I have taken the case from my initial petition to the highest levels of Westminster.

“The local council and the head of transport, Nigel Blackler, have been instrumental in supporting the bypass project and I would like to thank them. However, it is the people of Camelford and the surrounding area and their vocal support for this scheme which has made the real difference. Their backing has given me real strength when taking the case for this new road to the highest levels of government.