Bill to clamp down on sewage pollution brought forward by Scott 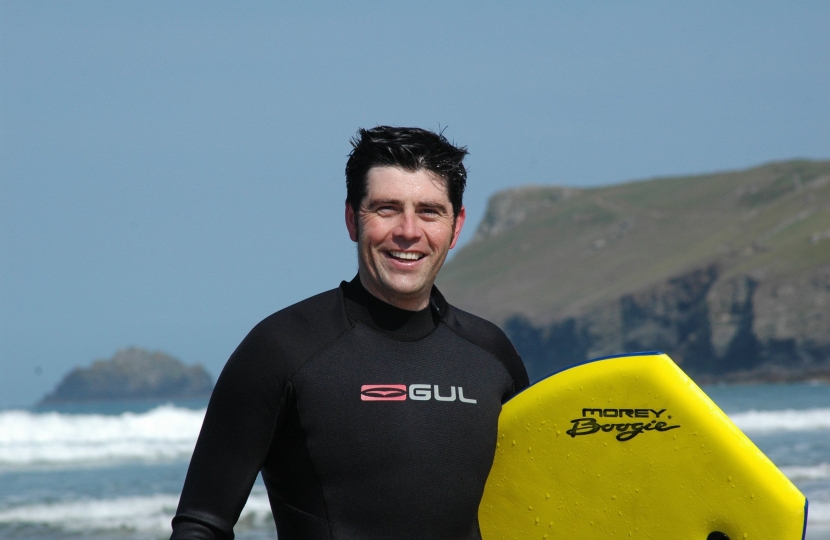 North Cornwall MP Scott Mann has today introduced a Bill in Parliament to clamp down on the amount of sewage entering the sea, which endangers wildlife and public health.

Addressing the House of Commons this afternoon, Mr Mann said his Bathing Waters Bill would introduce penalties that could be levied against water companies if sewage was pumped into the sea. Because sewage and rainwater is collected and transported in the same systems, Combined Sewer Overflows are required so that water can be diverted into the sea during heavy rainfall.

This threatens the integrity of Cornwall's numerous Blue Flag beaches, which have been recognised for their cleanliness.

"The environment is very important to my constituents. I spend a lot of time taking questions in primary and secondary schools in North Cornwall and one question always comes up: “What are you doing about the environment?” Bathing waters are one of the most important reasons why people visit North Cornwall. I have some of the most beautiful blue flag beaches in the whole of the UK, and some of the most spectacular surfing and waves around the country. However, we have a significant problem.

"My constituency has an antiquated Victorian sewerage system, as do many areas around the UK. The system is completely incapable of dealing with the torrential rain events that we have seen in recent years. Furthermore, when Governments invest in infrastructure, they tend to like people to be able to see that investment, and to be frank, sewers are not really that sexy. However, they serve a valuable purpose in taking away our surface water, general waste water and sewage to process. Most of the country relies on the combined sewer network in which surface water and toilet water are combined and treated together. When we have these big downpours and rain events, the system simply cannot cope and water companies have to flush excess surface water and sewage into the sea.

"The Bill will give the Environment Agency powers to fine water companies that allow sewage spills into the sea, and to reinvest that money in three different ways. First, it would provide farmers with funds to store water in attenuation ponds to slow down the water flow. Secondly, we should create more lakes and reservoirs - a proposal that is supported by the Angling Trust. Thirdly, in the areas with the most severe problems, the water companies should provide funding for free water butts and the fitting of those water butts in residential properties. Managing surface water would stop the sewage spills and allow the water companies to manage our waste water better.

"I hope that elements of the Bill or indeed the Bill itself can make progress through the House so that all my constituents will be able to feel that we are leaving this environment in a better state than we found it in."

The Bill was endorsed by Surfers Against Sewage and The Angling Trust, and was passed by MPs to Second Reading which is scheduled for the Autumn.