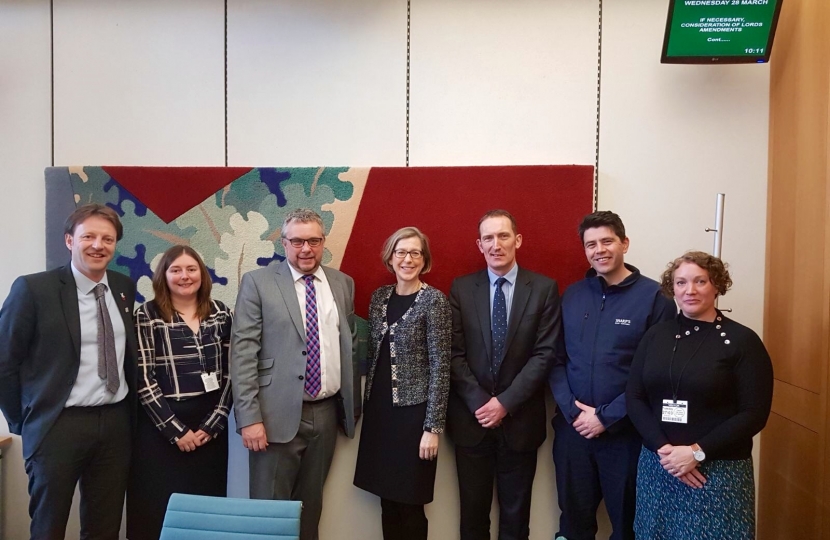 Cornwall’s MPs have met with NHS England representatives in Westminster to discuss the future of radiotherapy services and modernisation proposals.

NHS England launched a public consultation in October 2017 called 'Modernising radiotherapy services in England', which proposes new radiotherapy networks to encourage more collaborative working between clinicians and radiotherapy service providers. The proposals will build on an investment of £130 million to replace equipment and invest in new treatment planning systems.

The meeting between local MPs and NHS England comes after concerns were raised about how a change to radiotherapy services may impact cancer patients in Cornwall, potentially leading to longer travel times.

At the meeting, NHS England assured MPs that the proposals will not see services being moved out of Cornwall and that responses from local residents will help shape the proposals. The main proposal is to implement eleven new Radiotherapy Networks which will have more joined-up working between radiotherapy providers and introduce a new clinical model to ensure that patients can access innovative treatments as close to home as possible.

“I was very pleased to meet with NHS England to discuss their proposals and the concerns that have been raised by Cornish residents. NHS England are clear that the South West needs special consideration because of its geography and sparse population and that it absolutely recognises the importance of patients being able to access services close to home.

“The Sunrise Centre in Truro is an amazing facility saving peoples’ lives, and NHS England want to build on that by making sure that radiotherapy service providers can collaborate more so that patients have the best possible treatment and outcomes.”

The consultation received over 11,000 responses, the vast majority of which came from Devon and Cornwall. The higher than expected number of responses means that NHS England will need more time to review them and build the feedback into the proposals, which will be made public in the summer.

“There’s been a very big response from Cornwall residents on this proposal and it’s absolutely right that their views are taken into account before new Radiotherapy Networks are put in place.

“There is no suggestion in NHS England’s proposals that radiotherapy treatments in Cornwall will move, and NHS England have assured me that their plan is about encouraging more joined-up working across the board to achieve better outcomes for patients.

“NHS England recognised our concerns about travel times, and the feedback from Cornwall’s MPs and the thousands of people who responded to the consultation will shape the proposals before they are brought forward again in the summer.”

“Cornwall is a very rural area and it’s understandable when people are concerned that services may move east rather than west. After the meeting today, I am reassured that this is not NHS England’s intention and that this new £130 million investment coupled with the new Radiotherapy Networks will provide a better level of care for cancer patients.

“That said, we made sure to stress to NHS England how important the Sunrise Centre and other cancer services are to the people of Cornwall and how they must be protected. The consultation received a huge response from Cornwall residents including local hospitals and health organisations, and this feedback will help shape the proposals over the coming months before they are made public in the summer.”