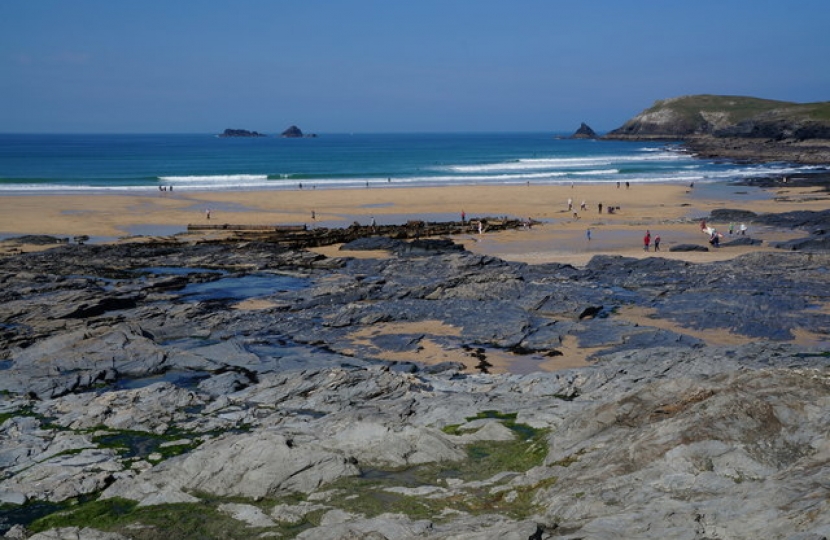 The Government has today announced – on World Oceans Day – that Cornwall and the South West is earmarked to get 18 new Marine Conservation Zones (MCZs) to expand the Blue Belt and protect marine wildlife.

Since 2013, 50 MCZs have been created around UK waters including nine in Cornwall. As set out today in a consultation by the Department for Environment, Food and Rural Affairs (DEFRA), five more zones will be introduced around Cornwall. The new locations include the Camel Estuary, the South West approach to the Bristol Channel near Padstow, Cape Bank near Lands End, south of the Isles of Scilly, and Helford Estuary.

“I’m very pleased to hear that the Government is planning to introduce another five Marine Conservation Zones, including two in North Cornwall. MCZs are very important in protecting marine wildlife which can otherwise be damaged by dredging, commercial activity or overfishing.

“In the Camel Estuary, the proposed MCZ would stretch between Padstow and up river of Wadebridge and would introduce higher environmental protections for when the estuary is being dredged. Commercial fishing and angling will not be affected. The other MCZ will sit north of Padstow and protect sediment and sand which host various species including sea worms, razor shells, anemones, sea cucumbers and urchins.”

MCZs that already exist in North Cornwall are at Padstow Bay and between Tintagel and Hartland Point in Devon. Other MCZs in Cornwall include Newquay and the Gannel, Runnel Stone, Mounts Bay, The Manacles, upper parts of the River Fowey, Whitstone and Looe, and the Tamar Estuary.

“The UK is surrounded by some of the richest and most diverse sea life in the world. We must protect these precious habitats for future generations.

“Today marks an important step towards completing our Blue Belt. We are creating safe havens for our cherished wildlife and putting the UK at the forefront of marine protection.”

DEFRA's public consultation on the new MCZs can be found here.